During the commemorations for the ending of World War I another centenary commemoration was also taking place – that of the independence of Poland.  Three Augustinians, Amelia in Lower IV, Roza in Form III and Ilona in Lower II took part in a celebration at the Royal Albert Hall on Sunday 11th November.  Here Roza tells us of her experience:

‘We have been remembering all those who lost their lives in the First World War.  Sunday 11th November was Armistice Day – it marked exactly a hundred years since the end of the conflict.  But during the preparation for the end of the war, a nation was being reborn.

Poland had been missing from the map of Europe for 123 years.  With the signing of the Treaty of Versailles it regained its independence and took its place at the heart of Europe.

So on the 11th November Poles celebrate their independence.  This year it was the country’s 100th anniversary of independence.  There were many celebrations across Poland and many international monuments around the world were lit up in Poland’s national colours – red and white.

On Sunday Amelia, my sister Ilona and I sang in the Royal Albert Hall at a special concert to mark 100 years of Polish Independence. 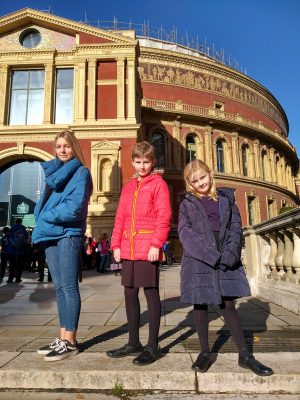 We had auditioned earlier in the year to be part of the Polish Saturday Schools Choir and after many months of practising finally performed alongside many Polish superstars.

I felt very proud of myself as I had achieved something I never thought I would be able to achieve.  I can’t believe I’m not even twelve years old but have shared a stage with a great many singers and musicians I admire.  But also I am very honoured that despite not being born in Poland, my heart and soul are truly Polish.’

Ilona commented, “The whole day was very exciting, full of final practices, sound checks and meeting famous Polish people.  I was very excited to sit where the choirs sit at the Royal Albert Hall and I was very proud that so many people heard my singing. (The concert was sold out – 5,500 people heard us!)”  Amelia added, ‘We have practised so hard for a year for this performance and I was so happy to take part in this wonderful celebration.’

Miss Keep, the Senior Form Teacher for Form III, had this to say: ‘What a fantastic opportunity! I listened to Ilona’s experience during show and tell before our Geography lesson and found it fascinating.’ 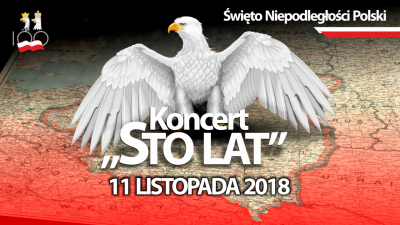