Originally located in Paris where their school had been a centre of girls’ education since 1634, the Augustinian Canonesses Regular of the Lateran left for England in 1911 and bought this site in Hillcrest Road in Ealing on which to build their school and convent. Although the order of nuns dispersed from St Augustine’s in the autumn of 1996, their spirit and faith lives on in the school which they nurtured for so long.

Our history dates back to 1631 when an English woman, Lettice Mary Tredway, an English nun at the convent of Notre Dame de Beaulieu at Douai, together with Father Thomas Carre, a priest at the English College at Douai, conceived the idea of founding an order in France for those English women who wished to pursue their religious vocation but were prevented from doing so in England due to religious persecution.

In 1634 the Augustinian convent of the Canonesses Regular of the Lateran opened in Paris. Six English women were selected to start this new community, among them a thirteen year old girl, Margaret Dormer. She was too young to become a nun and so the school began, with Margaret Dormer the first pupil.

Over the next 250 years the community and school on the Rue des Fosses St Victor found itself at the heart of European events. The French Revolution saw the nuns enduring the terror of those years, their convent even being used as a prison for women. In the following years under Napoleon the community often played host as the Emperor enjoyed walking in the quiet of the convent gardens. Following Napoleon’s defeat, the Duke of Wellington visited the community. Revolution in 1848 saw the nuns remain at their posts, but in 1862 new premises had to be found when the property on the Rue des Fosses St Victor was demolished, and the convent and school moved to Neuilly, on the outskirts of the city.

In 1911, after nearly three hundred years, the anti-clerical laws of France saw the community compelled to leave France for England, a country where nuns were now welcome, to practise their vocation and run their school. 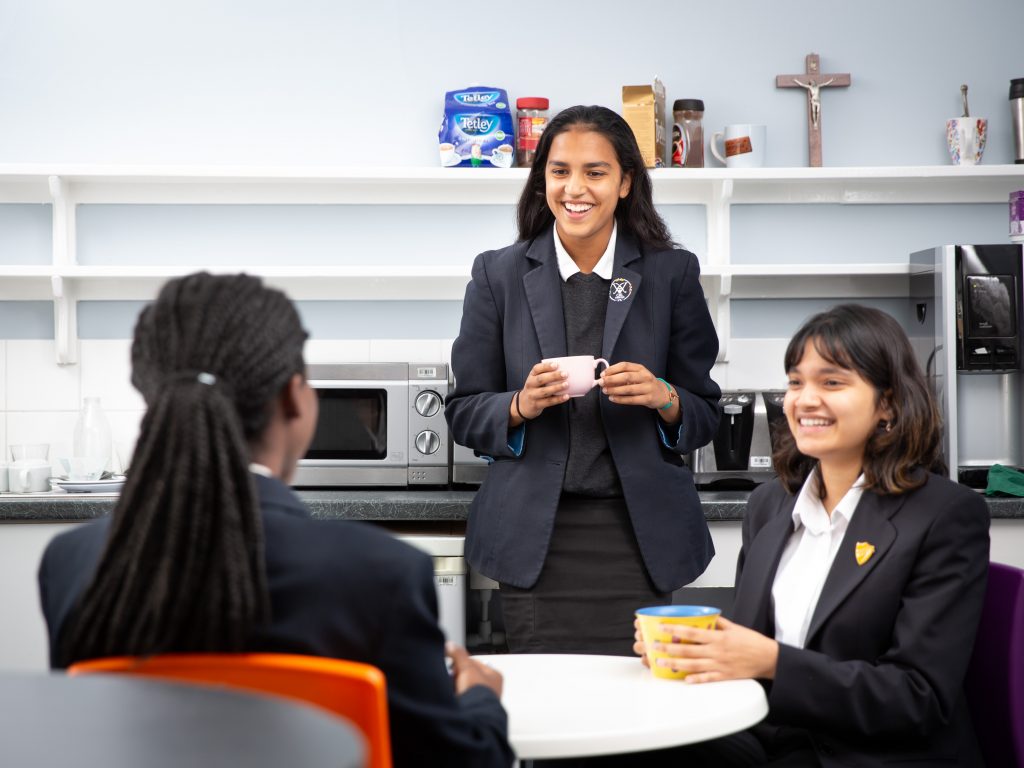 Join Us
Occasional Places
We use cookies on our website to give you the most relevant experience by remembering your preferences and repeat visits. By clicking “ACCEPT ALL”, you consent to the use of ALL the cookies. However, you may visit "Cookie Settings" to provide a controlled consent.
Cookie SettingsReject AllAccept All
Manage consent

This website uses cookies to improve your experience while you navigate through the website. Out of these, the cookies that are categorized as necessary are stored on your browser as they are essential for the working of basic functionalities of the website. We also use third-party cookies that help us analyze and understand how you use this website. These cookies will be stored in your browser only with your consent. You also have the option to opt-out of these cookies. But opting out of some of these cookies may affect your browsing experience.
Necessary Always Enabled
Necessary cookies are absolutely essential for the website to function properly. These cookies ensure basic functionalities and security features of the website, anonymously.
Functional
Functional cookies help to perform certain functionalities like sharing the content of the website on social media platforms, collect feedbacks, and other third-party features.
Performance
Performance cookies are used to understand and analyze the key performance indexes of the website which helps in delivering a better user experience for the visitors.
Analytics
Analytical cookies are used to understand how visitors interact with the website. These cookies help provide information on metrics the number of visitors, bounce rate, traffic source, etc.
Advertisement
Advertisement cookies are used to provide visitors with relevant ads and marketing campaigns. These cookies track visitors across websites and collect information to provide customized ads.
Others
Other uncategorized cookies are those that are being analyzed and have not been classified into a category as yet.
SAVE & ACCEPT

Visit us at an Open Day or a small Group Tour