In an age where we are taught to distrust strangers, where schools regularly receive nasty alerts of real life dangers to children, it is important to remember that there is also a place for pushing at open doors and knocking on closed ones. All too often schools tell parents “your child just needs some confidence” as if such a trait is to be bought, or plugged in via a charging device. Courage must come first in my experience. Self-belief is generated by a sense of obstacles overcome. Real education helps children learn the profound sense of self which comes from facing down something which seemed fearful.

Ever since joining St Augustine’s Priory as Headteacher, I have been fascinated by the founding story of the school. We began in 1634 when to be Catholic was dangerous and when to educate your child in that tradition meant tremendous sacrifice and risk. Many of our oldest Catholic schools began in this world of recusancy – to be a Catholic incurred financial cost at best and risk of torture or death at worst. To educate your child, you had to dispatch them on boats across the channel. Dangerous journeys, falsified names and identities, the distinct possibility of never seeing your child again – all stories we might recognise today in the tales of those trying to seek freedom in the UK.  How far we have come. Have we forgotten how lucky we are to enjoy such freedom of expression? When did we become so mean spirited as a nation in our willingness to share this precious right?  When did we decide to close our doors to those in need?

The nuns who founded our school left Paris in 1911. Laicisation laws in France meant that the religious freedom, which they had found in France were being eroded. They returned to England, to Ealing because here they could continue to practise their religion, wear religious habits and educate girls in the Catholic tradition. The women left a spirit of bravery, which we still cherish – they built our school during World War I when all good sense would have said to lie low.

They left a beautiful school in Neuilly, a gracious Parisian suburb. Two years ago, whilst in Paris, I knocked on the door of the school, which is still there. It is still a Catholic, girls, independent school. I had no proof of identity, just some dodgy French, but they took me in, showed me around and proclaimed me a friend. Since then, and with a rapidity which shows the immediate affinity we found, we have enjoyed a number of exchanges and at the end of this week our choir is joining theirs for a concert in their beautiful chapel. I will be travelling out with former pupils and other members of staff as we begin to share this lovely story with our wider community.  As a Catholic school we proclaim the importance of relationships and we ask, ‘Who is my neighbour?’

Today, across the world, Christians are arguably the most persecuted religious believers. 80% according to a report published in 2019. Which is why, when the National Secular Society argues for the closure of Faith Schools and when news coverage takes pot shots at Christians, my very well developed sense of humour deserts me. No-one in their right minds justifies the clerical abuse of children. No-one sensible sanctions the extremes of some unregistered Faith Schools. But the right to religious freedom is inalienable. As a Catholic school we set out a bold agenda – we want to prepare students to transform the place they are in and grow to a maturity of confidence which means that they can transform the world for the better. We are driven by a belief in the Common Good –a visionary, game-changing approach to education which tests all kinds of assumptions. Commitment to the Common Good means an explicit teaching on how to weigh up ethical decision making – from the kind of clothes you buy to whether or not to buy at all. It is about what Catholic social justice calls teaching a preferential option for the poor. It is also about seeing the individual as someone precious, made in the image of God and so it is about ensuring that the way our students live their lives becomes a search for what it is they are meant to do uniquely, and how to ensure they respect others too. Everything we do is about ensuring that our students live lives which give life.  We teach them to stand up for what is right.

Red Wednesday, this year on 27th November, has become a day where we light up national landmark buildings in red. We honour those who cannot express their religious freedom. We pause and reflect on the Turkish bookseller who jumped out of the window to avoid arrest and certain death for daring to sell Christian books. We think of the Easter Sunday bombings in Sri Lanka in April 2019 where nearly 260 people died in attacks on three churches packed with worshippers.

To be secular is not neutral. It comes with a whole set of unexamined values and ways of proceeding. The radical secular agenda would deconstruct the vision and values of those who treasure religious freedom. That freedom is the envy of countries world-wide. In 1605 Guy Fawkes hoped to light up the Houses of Parliament and failed. Thank goodness he failed. Any kind of violence in the furtherance of one set of beliefs over another is against the spirit of tolerance and pragmatism which characterises the British. How pleasing then that that the Houses of Parliament will be lit in red lights on Red Wednesday. How far we have come. Let’s keep travelling to that place where real understanding underpins debate about what it is to be religious, and why for so many people it is a rich and beautiful thing.

Today we are launching the Emmaus Catholic Schools’ Partnership comprising The Cardinal Wiseman Catholic School, St Augustine’s Priory, St Benedict’s School and the Sacred Heart High School.  We journey together in faith.  This partnership celebrates the distinctive nature of Catholic schools.  We have launched the partnership on a day when we mark Red Wednesday and the importance of religious freedom as a fundamental human right.

Real education helps children learn the profound sense of self which comes from facing down something which seemed fearful. 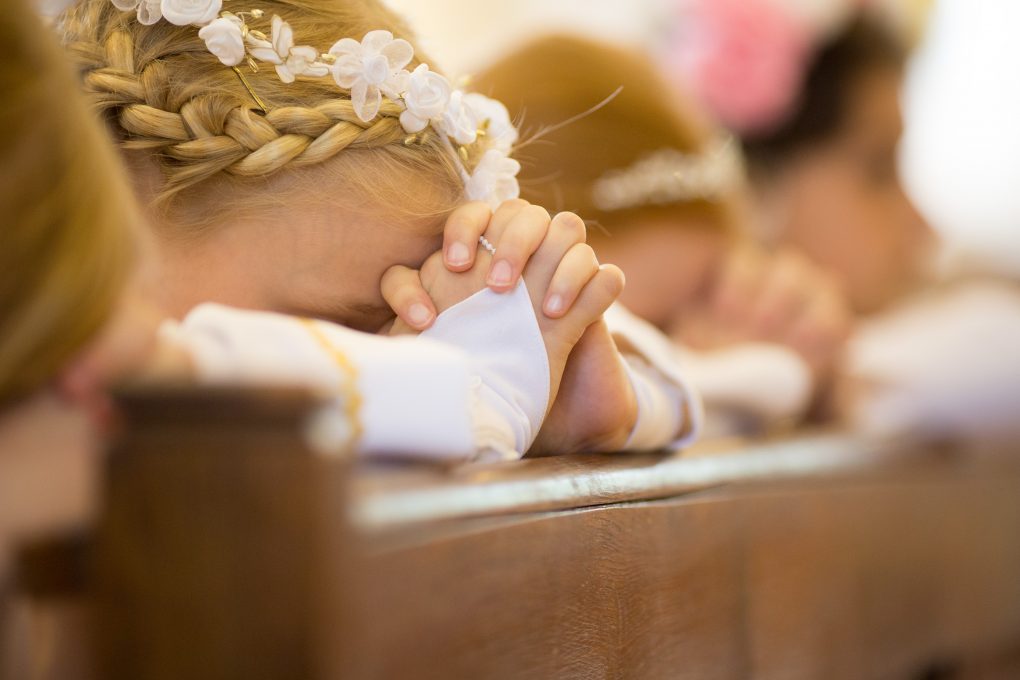 Let’s keep travelling to that place where real understanding underpins debate about what it is to be religious, and why for so many people it is a rich and beautiful thing.