We must not forget.

Lucy Williams and Emma Sonderby, Upper IV, tell us about their visit just before Half Term to the Imperial War Museum, which brought to life for them some very recent history.

‘On Monday 20th May, Upper IV went on a trip to the Imperial War Museum and visited the very moving Holocaust exhibition. The Holocaust was the mass murder, during World War II, of Jews, Gypsies, homosexuals, disabled people and Hitler’s political opponents, which included thousands of non-Jewish Poles and Russians. Around eleven million people died in concentration and extermination camps. Six million of these people were Jewish.

The exhibition was extremely poignant and emotional as we read real stories and saw objects that belonged to Jews in the various camps. We all truly struggled to comprehend how a crime as awful as this could have been perpetrated or why it even started. The Jews were a peaceful people but the Nazis decided to separate and alienate them from society. 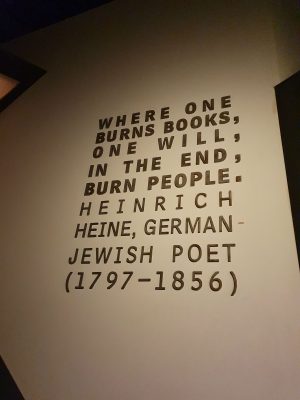 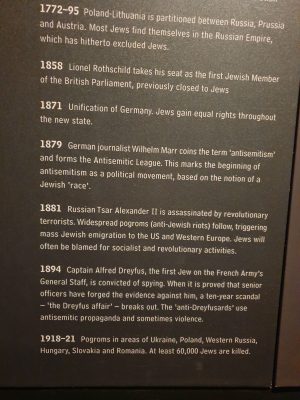 Here is a poem that a young Jewish girl called Dosia wrote to her Catholic friend before she was taken to a concentration camp:

When after friendship lasting years

we part and you’ve forgotten me,

somewhere in a corner you’ll find this

little souvenir and you’ll remember we were friends.

the treasure box, and our little scraps,

and onto this book’s pages a tear will fall

And as you turn each yellow page

you will recall when you were young,

and recollect the golden days,

so full of summer sun.

It is incredibly important that we remember the Holocaust so that such an atrocity may never be repeated and that people hold onto the memory of the innocent people whose lives were taken in such a cruel manner.’ 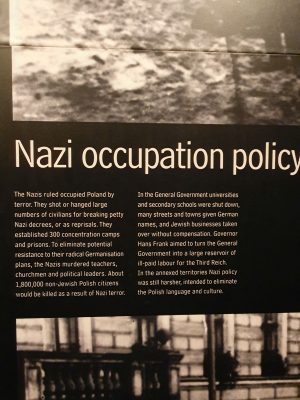 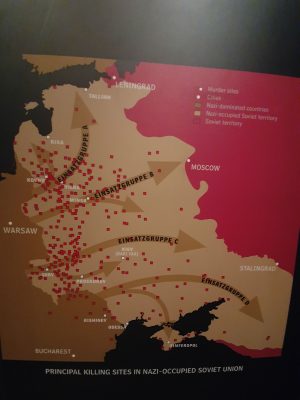 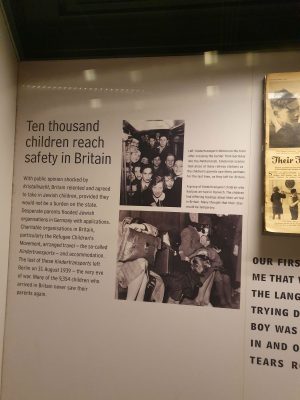