An afternoon of French culture!

Monday 9th March saw Upper I visit the André Malraux School for an afternoon of French culture.  Ms Gandi, Teacher of French and Spanish reports on their visit:

‘On Monday afternoon we went to the French Primary school André Malraux in Hanwell. Upper I had previously exchanged some information about themselves (hobbies, etc.) with pupils from André Malraux; all Upper I had one or two pen pals. Pupils had also exchanged beautiful bookmarks during Book Week illustrated with their favourite book characters. 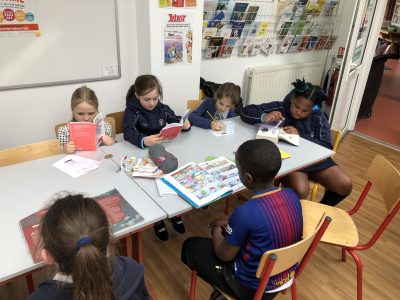 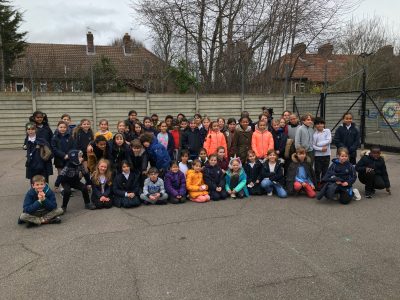 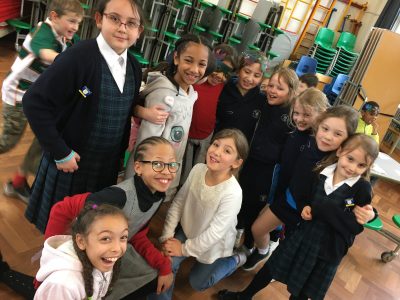 On arrival, we played a short dice game that our pen pals had prepared for us, we then did ten minutes of reading as it is part of the André Malraux routine. After this, we looked at the tradition of Carnival and how Shrove Tuesday is celebrated in France.  The French pupils had a presentation for us, which we thoroughly enjoyed. 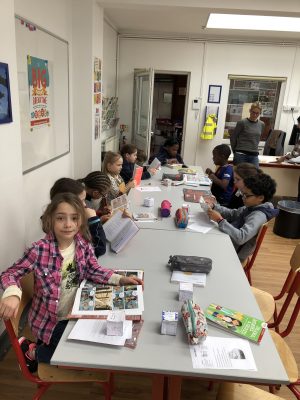 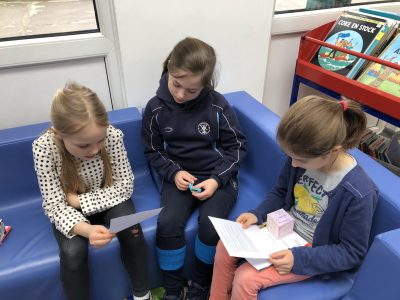 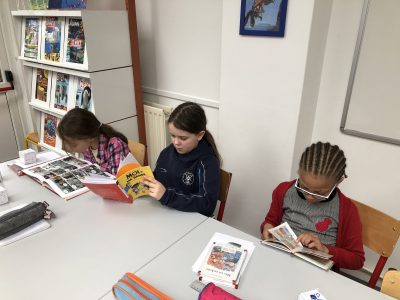 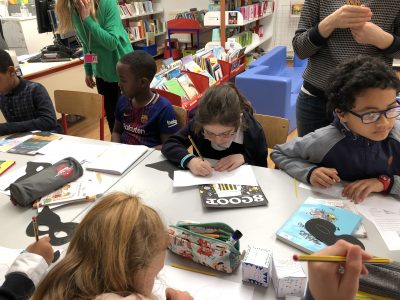 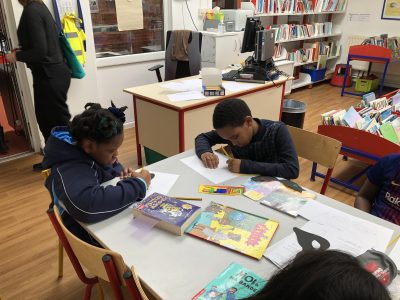 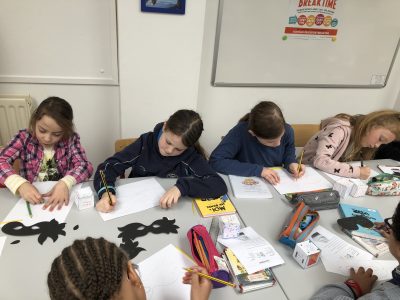 We then started designing carnival masks that we were able to keep afterwards. We had a great time during their afternoon break, playing  and getting to know our pen pals better. We ended the afternoon with delicious crêpes prepared by the parents of our pen pals and could choose from sugar, Nutella and salted caramel crêpes. 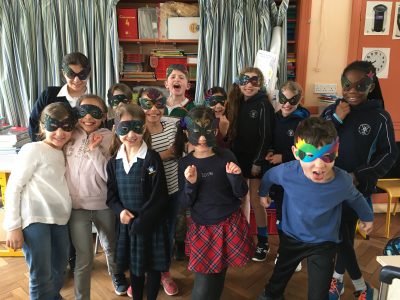 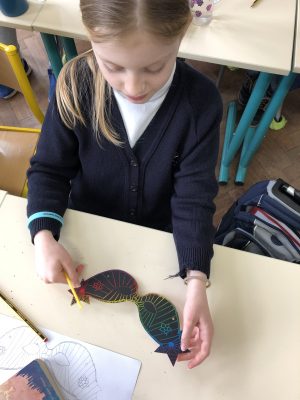 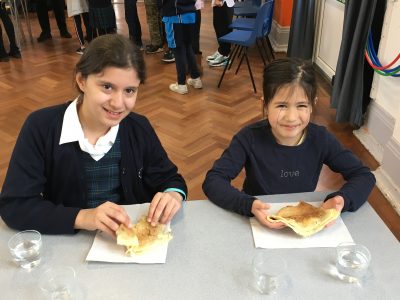 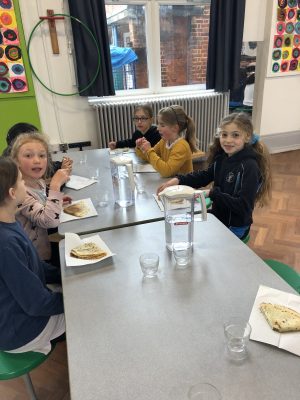 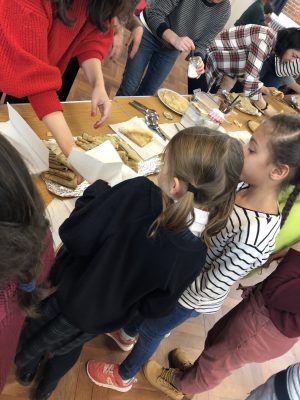 This was a very exciting visit and we learnt a lot about French traditions.’

Upper I girls enjoyed the visit and had this to say:

Stella commented, ‘I enjoyed making new friends from different cultures, while Ariane said, ‘It was delicious to try the French recipe crêpe, with Nutella and the traditional caramel’. 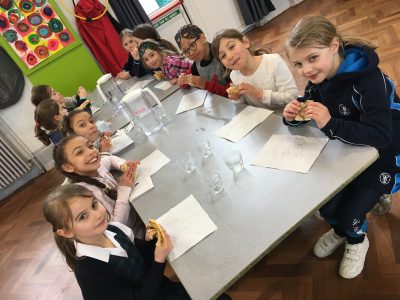 Arianna said, ‘It was interesting to try and read a book all written in French’, and Bernadette added, ‘I learnt from my buddy, Lucas, how to say cheese in French. Which is fromage!’

Luna had this to say, ‘I loved how I could see how an all-French speaking school works,’ and Tara said, ‘It was great to learn how to play new games with my pen pal’.

Nancy thought, ‘I found so cool how we scratched out colour on a mask to make a beau mask’, and, finally Sophia and Lana said, ‘I learned about their interesting tradition about crêpes, and how the crêpe reminded them of the sun’. 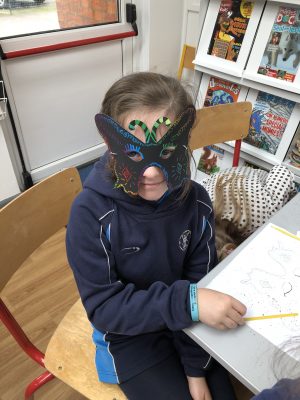 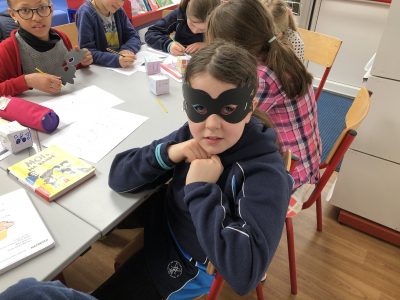 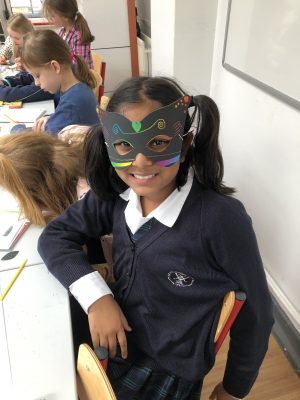