Being peaceful in times of uncertainty.

Here we have another contribution from Lower VI, which has been produced through remote learning.  Emily Delargy, Lower VI, here speaks about Pax Christi – her final paragraph resonates sharply with the times we live in and the contribution we can all make.

‘Pax Christi International is an international Catholic Christian peace movement. The Pax Christi International website states that its mission is “to transform a world shaken by violence, terrorism, deepening inequalities, and global insecurity.” Pax Christi was founded in 1945 as a movement bringing together French and Germans after World War II. It is a Catholic peace movement with 120 member organisations worldwide that promotes peace, respect of human rights, justice and reconciliation throughout the world. They believe that peace is possible and that cycles of violence and injustice can be broken; it attempts to address the root causes of violent conflict and war. They work worldwide to establish these main things: peace, respect for human rights and reconciliation.

The organisation attempts to do four main things: Facilitate growth, coordinate and represent the movement, help member organisations to participate in peace work, and nurture spirituality. Their aims perfectly unite with St Francis of Assisi’s peace prayer, which says: “Lord, make me an instrument of thy peace”. As they are a Catholic organisation, they also take in consideration the Sermon on the Mount in which Jesus says: “Blessed are the peacemakers”, therefore we should strive to create peace and harmony in our ever-changing world. 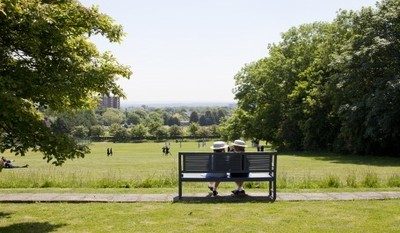 As a St Augustine’s girl, I have been constantly reminded of having a peace which passes understanding, especially in these uncertain times in which we live as I, personally, have learnt to trust in the words of the Bible, particularly in this year of ‘The God who Speaks’.  Through learning about organisations, such as Pax Christi, I believe that we as young women can use this example of bringing peace to our homes and workplaces of the future – even if the conflict there seems small, perhaps our small action of being peaceful in times of uncertainty will inspire the same in others.’ 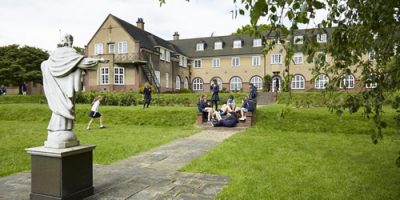