‘The God who Speaks’

‘As part of ‘The God who Speaks’ theme for this school year, the Religious Education Department recently ran a poetry competition at Key Stage 3. The task was to create a poem inspired in some way by the Bible, whether it be a single verse, a passage, a parable, a character, an event, a story, a teaching, etc. We had an amazing response from the girls with close to one hundred and twenty entries!

We were thoroughly impressed, not only by the extraordinary effort that was put in, but the sheer knowledge and interpretive prowess exhibited across Key Stage 3. Poetry based on the Bible is not simply an interpretation of the biblical text, but a means by which the Word of God finds a new context, expression and voice!

Furthermore, the range of biblical texts used by the girls across both Old and New Testaments was something to be admired, showing the breadth of scriptural texts studied at all keys stages in their religious education to date. Indeed, the poetic rhyme, rhythm, flow, nuance, form, polish and entertainment employed across the poems is a great testament to what they have engaged with in English lessons – we even had a few acrostics and Japanese haikus! 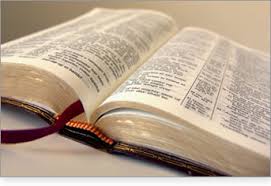 Today and over the coming weeks, we will be publishing some of the winning poems in Priory Post. Because the calibre of entries was so high, we will also continue to publish poems that may not have won, but have been highly commended by the Religious Education Department. Enjoy the read!

Here is one of the winning poems, Extraordinary Exodus, by Tamara Al-Zarrad.

“The Israelites have grown too numerous!”

The Pharaoh groaned who was furious.

“Into the Nile, throw every boy,”

But Moses’ mother had a ploy,

Into a basket, she placed the Israelite,

And the little boy began his liquid flight!

Found by the Pharaoh’s loving daughter,

Moses is spared from the senseless slaughter.

He grew up brother of the future King,

He always believed in the Egyptian gods and ways,

But watching the suffering of the Hebrews everyday,

Made Moses question if he wanted to stay.

Soon Moses had had enough,

The Pharaoh’s treatment of the people was too rough.

He left to tend a flock of sheep,

A woman named Zipporah he would meet.

Moses went out with his flock, so tame,

He caught a glimpse of a fiery flame.

The flame, in fact, was a burning bush,

As Moses approached there was a great hush.

“I am the God of the Israelites” said a voice, most Holy,

“And you will be my servant lowly,”

“Free them from the grasp of evil!”

Moses went back with his message from God,

To save the Israelites from Pharaoh’s rod

“God demands that you spare their lives!”

But Pharaoh looked up and coldly said, “No.”

But then Pharaoh was shocked by the change in Moses’ face,

“God will bring plagues to the Egyptian race.”

The first of the plagues, was to turn the water to blood.

The second was frogs, filling the land,

But the Israelites still lived under Pharaoh’s hard hand.

Thrice came lice which were not nice,

But Pharaoh could not be enticed.

But still Pharaoh’s heart did not warm.

Fifth was the death of the valuable livestock,

But Pharaoh’s heart was still as hard a rock.

Sixth cursed all with burning boils,

But Pharaoh would not free the Israelites from their toils.

Seventh, from the heavens, came hail and fire,

But still Pharaoh’s will did not tire

Eighth came famine due to locusts,

But Pharaoh could not be moved; he was heartless.

Before Moses had brought the final plague,

He went to beg Pharaoh, once more, to behave,

Or his first born son would end up in a grave.

But this advise, Pharaoh chose to shun,

And thus came Plague ten: The Death of the First Born Son…

“Your people are free!”Gloomily groaned Rameses, Moses had won!

The Israelites scurried, but were blocked by the sea,

The waves parted, splitting the ocean.

Across the gap the Israelites fled,

But crushed by the waves Rameses was dead.

Arriving in the Promised Land, the Israelites rejoiced,

Finally God has fulfilled his covenant and had heard their voice,

Moses had a wife – Zipporah – and then a family,

And he and the Israelites all lived happily! 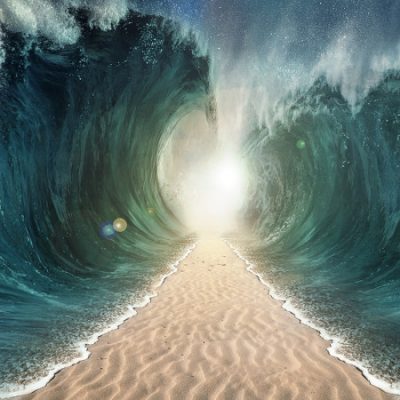