Last week Miss Bhatti, our School Librarian visited Prep I, II and III and explained the Carnegie and Kate 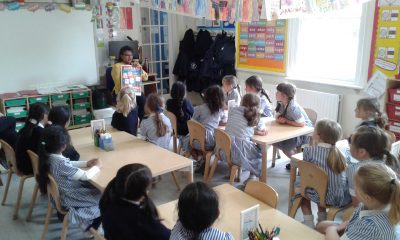 Greenaway Book Awards to the three classes. She brought a class set of the five shortlisted books and read one of the books to the girls.

Prep III listened to the story of The Wolf, The Duck and The Mouse by Mac Barnett and they have since heard the other four books being read in different locations around the school. They read Ocean Meets Sky whilst they were on the pirate ship in the meadow; Beyond the Fence in the Playground (with a fence behind the reader); You’re Safe With Me in the school field (by the Prayer Garden where they all felt very safe) and Julian is a Mermaid back in the classroom again. Prep III have chosen their favourite of the five books and will be writing a book review on it. 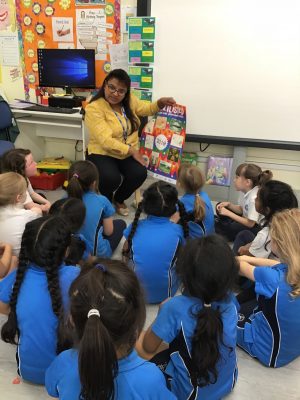 The CILIP Carnegie and Kate Greenaway Medals are the UK’s oldest and most prestigious children’s book awards, recognising outstanding writing and illustration in books for children and young people. Past winners have included C.S. Lewis and Children’s Laureates Quentin Blake, Anthony Browne, Chris Riddell and Lauren Child. They are the only book awards that are judged solely by librarians. This year’s medal winners will be announced at a ceremony in June. 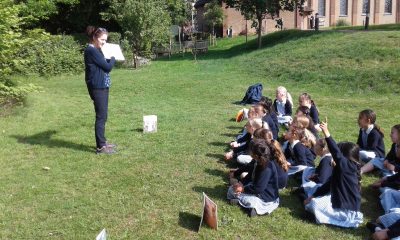 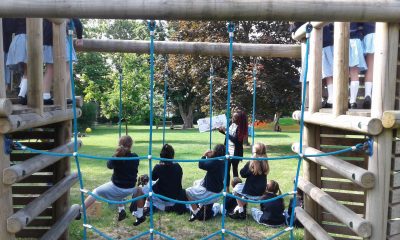 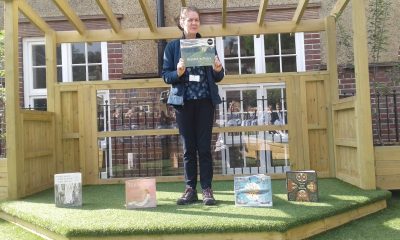