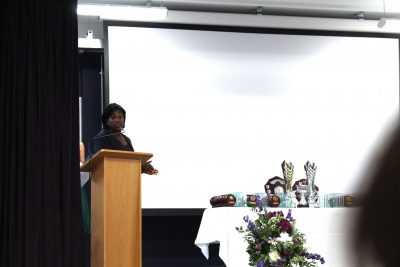 The annual Sports Awards Evening is a tradition that brings passion for sports and our school spirit together in a celebration, and recognition, of the talented and hardworking sportswomen of St Augustine’s Priory.  The evening is not only about receiving awards, but about the strength of the girls, and inspiring them to keep pushing.

Director of Sport, Mrs Gosling, addressed the parents, girls and staff gathered in the School Hall on the evening of Tuesday 20th June and welcomed guest speaker Maggie Alphonsi, face of international women’s rugby, and reflected on the three years since the current PE Department started at St Augustine’s Priory.  She thanked the outgoing Sports Captains, Eisher Sangha and Elise Mercer, for their outstanding contribution to the school and noted that more awards have to be added each year at this event because performances just keep getting better.  This year, 85% of Junior school girls joined at least one sports club, in Upper I through to Upper II 100% of girls have represented the school at at least one fixture and eighteen records were broken at Sports Day this year. 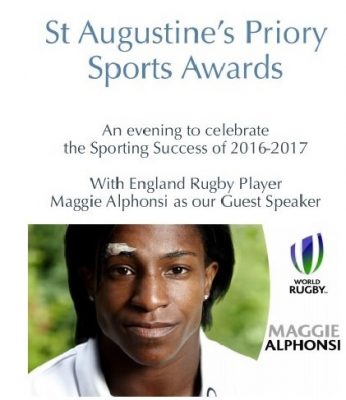 Josephine Hösel and Olivia Agrotis, the current Sports Captains followed, introducing themselves and their initiatives for the year.  Josephine hopes that she can emphasise how important sport is in terms of academic progress and how sports and academia are related.  She advised the current Lower V girls not to give up the sports they love in preparation for exams as she did, finding that the lack of exercise decreased her motivation overall.  Josephine thanked the PE Department on having hosted over 300 fixtures this year alone, double last year’s number.  She looked back on how the Gifted and Talented workshops improved girls’ strengths and the Paris Netball tour reinforced relationships, and how impressive Sports achievements are in a relatively small school.  Olivia Agrotis reminisced about playing hockey in the grass as a child in South Africa and how far she has come since playing sports at St Augustine’s Priory.  New to the PE staff this year is Miss Cross who has been a great addition to the team, particularly influencing the standard of hockey.  Olivia looks forward to the girls continuing to excel during her time as Junior Sports Captain. 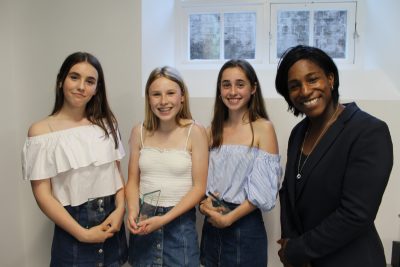 Guest of honour, Maggie Alphonsi, is the epitome of a sportsperson and a real inspiration for all of our girls.  With passion and self-deprecation she told us the story of how rugby saved her life.  Born with a clubfoot to a single parent family, she spent her childhood in and out of hospital.  In primary school, Maggie found sports, a positive outlet she knew she enjoyed.  In secondary school she lost interest in class and was becoming uninterested in lessons.  She was inspired by one of her teachers to try Rugby Union, who said the team work would help with her discipline and respect.  Maggie found that being told to be ‘strong’ instead of to be subdued like in school had a really positive impact on her.  She was able to put lots of energy into her training and found that she could then concentrate better at school. 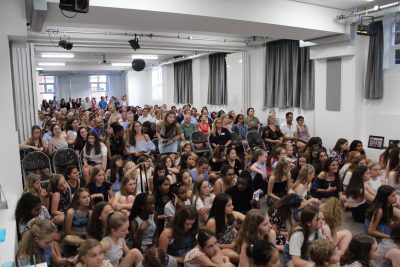 Not long afterwards, Maggie was offered the opportunity to go to Australia to represent Great Britain in Touch Rugby.  The catch was she would need £2000 to get there.  She remembered how she didn’t want to ask her mother for the money so went to a teacher for advice.  The teacher gave her a bucket and told her she could go around the school and explain to people what she needed the money for.  If they wanted to donate they could, and the teacher would match however much Maggie raised herself.  The £500 she raised was doubled to £1000, and staff at the school ran fundraisers to help her collect the rest of the money.  It was great to see that the teachers believed in her. 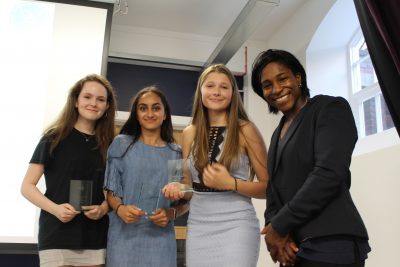 After that, Maggie continued to set goals for herself, the first one being that she wanted to play Rugby for England – and she achieved it aged nineteen.   “I want people to know my name”, Maggie thought after that, setting her second goal.  After playing against New Zealand Maggie was named the International Rugby Board’s ‘Player of the Year’, considered the best in the world!  Her third goal was to win a world cup.  In 2010, England reached the final and were playing New Zealand again but lost.  Maggie described how hard this was to go through, and how she had contemplated retiring or finding a different profession but made the decision to push on.  Shortly after this she won The Times ‘Woman of the Year’ and was awarded an MBE. 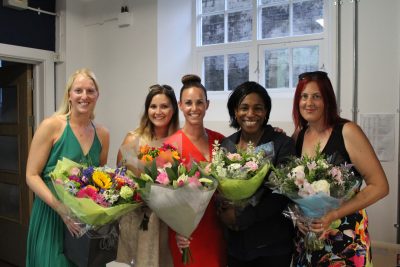 In the 2014 Women’s Rugby World Cup final England played against Canada and won!  And with that, Maggie had achieved her third goal.  By now you may have noticed that Maggie is somewhat relentless – and she was indeed looking for a new challenge after this third goal.  Having raised thousands for charity by stepping out of her comfort zone into a celebrity choir and aiming to compete in the shot put in the 2016 Rio Olympics, she was contacted by ITV who asked her to be the first female pundit for the Men’s Rugby World Cup.  Maggie left us with a renewed appreciation for sports; it gives you chances. 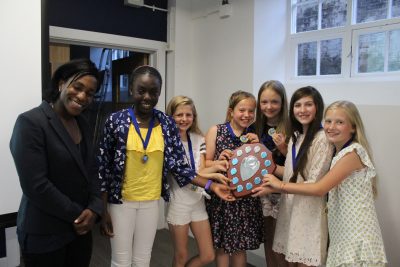 Maggie ended her speech by quoting Gandhi, “Be the change you want to see in the world”, but an important message that really resonated was something Maggie herself had said earlier; “There is nothing wrong with having a go”.

A complete list of our much anticipated 2017 Sports Awards can be found at  click here , where all awards given and winners are listed.

Photos from Sports Awards Evening can be found here.

Some of the awards given out:

TEAM OF THE YEAR

JUNIOR SPORTSWOMAN OF THE YEAR

SENIOR SPORTSWOMAN OF THE YEAR

COACH OF THE YEAR 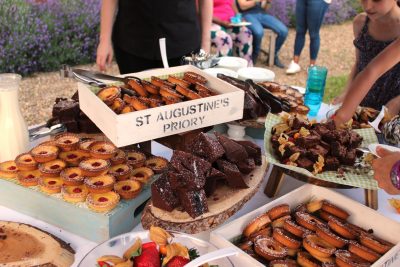 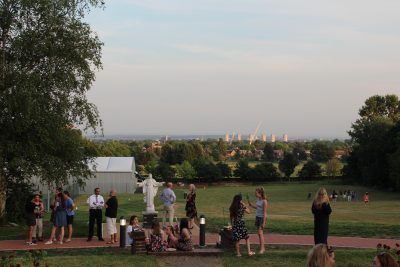