From 13th – 16th December 2018 Lower V – Upper VI Spanish students had the wonderful opportunity to hone their Spanish skills at a language school and through staying with host families on a visit to Valencia, on Spain’s southeastern coast. Mr Harnett was one of the teachers accompanying the visit and had this to say: 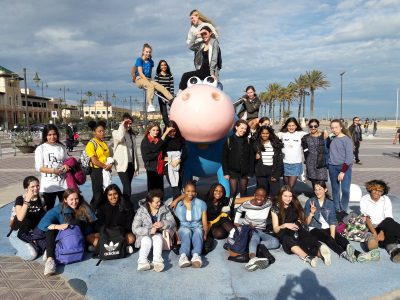 ‘The first day of the Valencia visit started early, very early, much to the delight of all of the teachers. After a problem-free coach journey and flight we reached Valencia safe and well and eager to be culturally enriched! So where better place to start than a tour of the Valencia football stadium, Mestalla? Despite being outshone by one diehard fan, the girls were informed on facts and statistics, even getting to interview Mr Ferguson and Miss Keep in the media room. From there we explored the city, paid a visit to the AIP language school and shopped before coming together for an authentic Paella cooking class which we then enjoyed eating. Much to my delight, nobody came down with food poisoning! After a long day, the girls then met their host families and retired for the night. 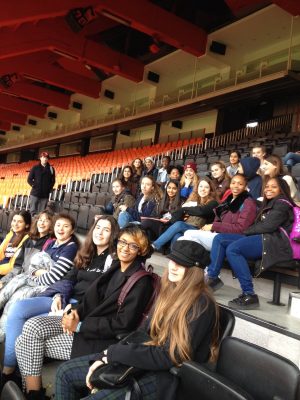 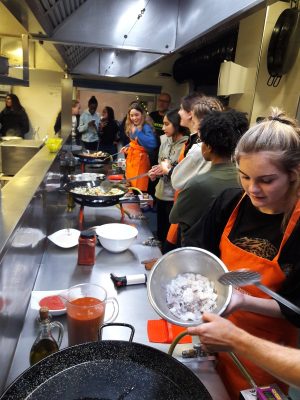 Day two was another busy day. In the morning the girls attended the language school for Spanish classes. After the language lessons, we made our way into the Old Town where we had lunch by the beach and mingled with the locals by engaging in a friendly game of football. We then visited the Fallas museum which houses giant Papier-mâché puppets and dolls that have been saved by popular vote from being burned at the Fallas festival!  Our tour guide, Fran, then gave us a historical tour of the old town. We climbed the stairs of the cathedral and realised just who needed to work on their fitness. After some more exploring, the girls returned to their host families. 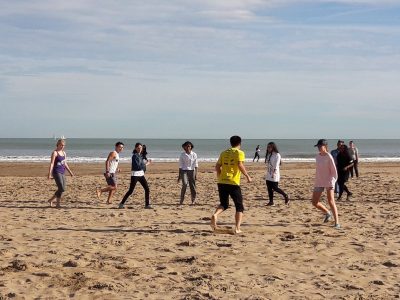 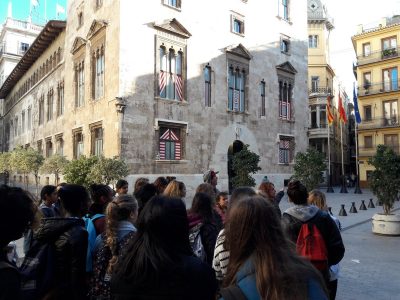 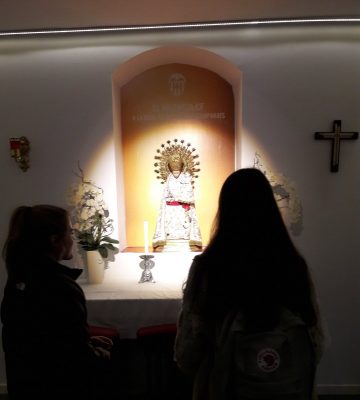 On Saturday morning the girls attended the language school once more. After lunch, we visited Europe’s largest aquarium, L’Oceanogràfic, finishing off the day with a dolphin show and dinner. 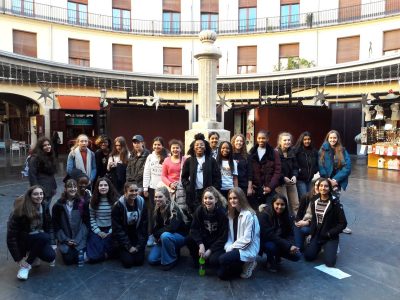 Sunday was an opportunity for the girls to spend a little more time with their host families and say goodbye before heading back home to the less than glorious London weather! The visit was very successful and educationally thoroughly rewarding for the linguistic and cultural learning it presented the students. In addition, nobody got lost and there was only one crazy Spanish lady to contend with! Thank you to Mr Alejandro, Head of Modern Languages, for organising such a valuable and enjoyable visit.