Marie Corsini, past pupil, engineer, and an enormous guide and mentor to our Priory 6 scientists, reports on the UK Space Design Competition finals, held at Imperial College London on the weekend of 14th and 15th March 2020, which came at the end of our own STEAM week.

St Augustine’s Priory was among 15 schools from across Britain and Northern Ireland who spent the weekend combining their scientific and mathematical knowledge, creativity, intuition and research skills to fulfil a design completing an industry style RFP (Request for Proposal). 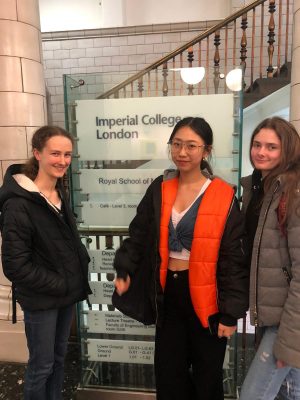 The day started with an introduction from the founders and organisers of the event, Jenny Lyons and Dr Randall Perry; a NASA certified Astrobiologist. Before the girls knew it, they were paired with students from four other schools to form their aerospace company, “Grumbo” for the weekend. The teams, comprising 50 pupils each, were further segmented into five departments with Charlotte and Angela becoming Structural Engineers and Naomi becoming an Operational Engineer.

The proposal given to the teams was a challenging one: to design “Aresam”, a space settlement in orbit around Mars, with the added twist that they had to imagine themselves in the year 2054. The eight page brief came with a whole range of considerations that had to be taken into account. “How would artificial gravity be simulated on the settlement?”, “What safety precautions should be taken to protect against high-velocity space debris and incident radiation?”, “What mechanisms had to be put in place to passively meet the physiological needs of the 10,000 residents?”, “How will the critical life support systems be implemented?”, The competition was designed to mimic the future space industry with a corporate hierarchy and group voted leaders with special attention being paid to construction times and production costs. 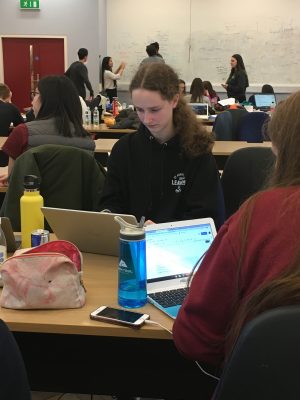 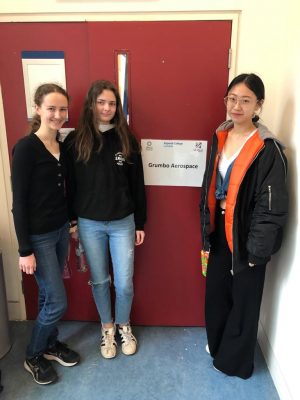 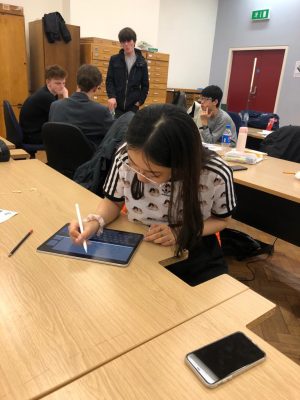 In a laboratory at Imperial College London, leaders frantically tried to coordinate team members to meet the pressing deadline looming over them. Teamwork, communication, time management and presentation skills all came to the fore, with Maths and Science as the vehicle for this. It was easy to see that some of the brightest minds in the country were filling the room.

From 10.00am to 10.00pm the Grumbo team worked tirelessly fine-tuning their design before retiring to their hotel where they commandeered the lobby and carried working until the early hours of the morning ready to present on Sunday morning.

Presentation day arrived and Grumbo Aerospace were first to pitch their design. In front of them were a panel of competition alumni and industry experts ready to judge the proposals based on their thoroughness, credibility and innovation. The 35-minute presentation was the culmination of all the tireless work everyone had put in all weekend and the gruelling 10-minute Q&A was a test of their knowledge and understanding of their design. 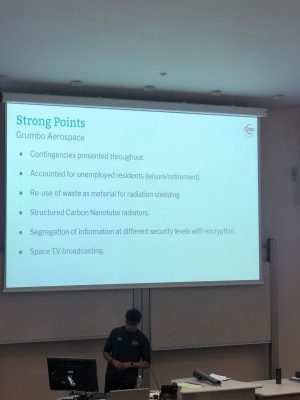 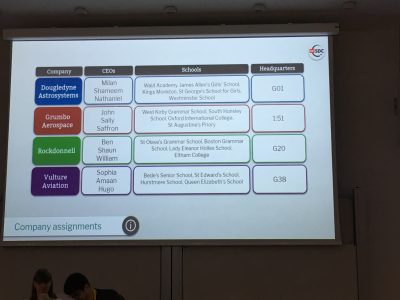 Although the girls were not successful this year, they will carry with them to university and beyond an invaluable experience. The UKSDC boasts an impressive student return rate. With pupils competing until their last year and then returning as volunteers to help guide new teams through the challenge of which they were a part. A wondrous experience for St Augustine’s Priory that we hope becomes a tradition in the future.

What did they enjoy most?

It would be easy to list the free pizza at the top of the most enjoyable aspects but our girls are much more remarkable than that. “The creative process of my structural team, collaborating ideas and drawing on the big whiteboard” were some of the things Charlotte enjoyed the most. Angela, on the other hand, enjoyed “working with individuals who had a unique mind-set and learning how to view matters through different perspectives.” Each girl had such a different experience and each explored her capabilities. “I loved working on such a big project because not only did it give me an idea of what engineering is really like, but it was very interesting to think about and construct a settlement for space”, said Naomi. 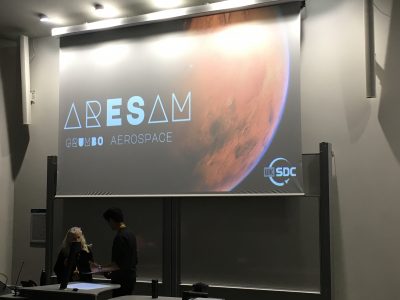 What was the most challenging?

Angela sums up the challenges and obstacles of the competition best: “Tackling tough and new concepts in a limited amount of time.” It was how the girls conquered each challenge that showed their determination and resilience. For Naomi, it was the challenges that everyone faces while working in a large group that was the most note-worthy for her; “I found it challenging working in such a large team. The RFP that we were given was so detailed that we had to split into lots of sub groups, so communication was poor and the overall management of the project was difficult.” Charlotte had a similar challenge; “trying to get my work done in time when critical parts relied on the work of others, this meant having to wait around for answers before I could do my job.” 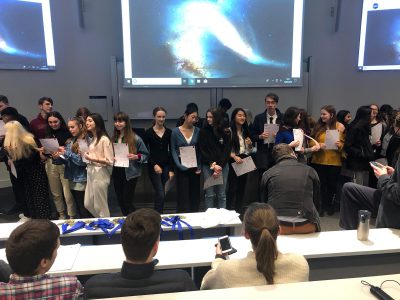 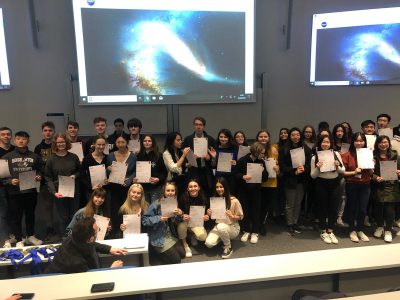 What were the challenges?

An event like the UK Space Design Competition is one that not enough people know about but one that all students interested in STEAM should experience. Practical and personal lessons are learned by all who attend and can be summed up best by the girls themselves.

Angela Shan commented “I’ve learnt to not be afraid to voice my own opinion and question those who hold opposing thoughts.”

Charlotte Dorn added, “If you have an idea that you think will make the team better you just have to tell people, even if it concerns something you’re not working on.”

Naomi Jeffries concluded, “I’ve learnt that, for big projects like this one, organisation is key and it is really important to have a critical to do list to make things run smoothly. Also, in a big group, if you have an idea that you think would benefit the project, you need to say it, even if you are not confident in putting your idea forward.”

Congratulations to Angela, Charlotte and Naomi on their achievement.  Not only did they prove that they were true scientists, but they have learnt life-skills that will benefit them greatly in their future careers.  Thank you also to Marie Corsini – her contribution was amazing and greatly valued.