The Nursery and Preps I, II and III held their own Remembrance service on Friday 8th November in preparation for Remembrance Sunday and Armistice Day. 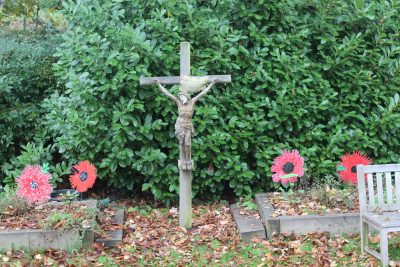 They all gathered in our Prayer Garden and their teachers explained the significance of these days, after which the pupils said prayers and read poems. 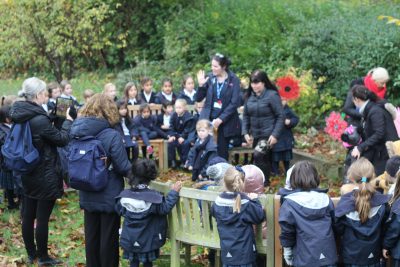 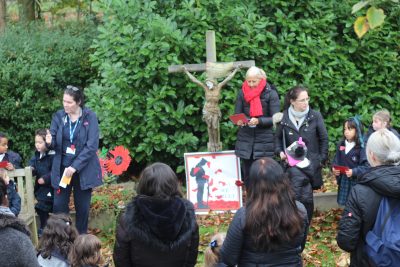 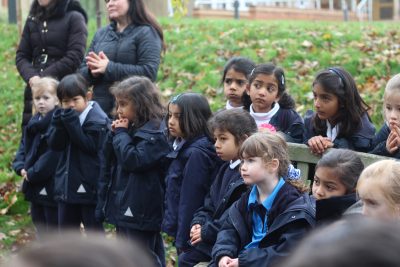 Each class had prepared their own giant poppy, made out of their hand prints, and they planted these in the garden and marked a two minute silence after which the Last Post was played. 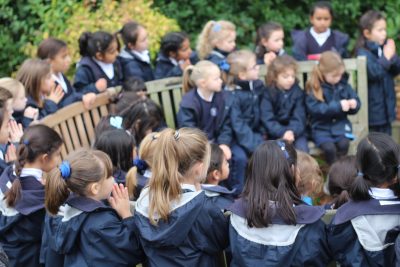 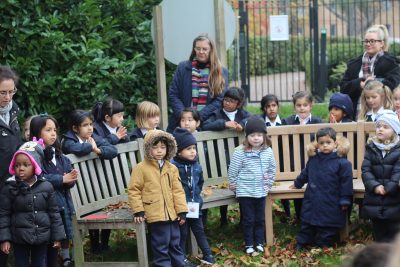 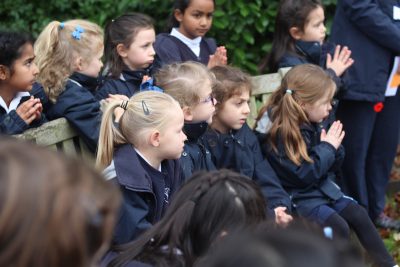 This was a very moving commemoration by children, descendants of the generations who fought in the two world wars. 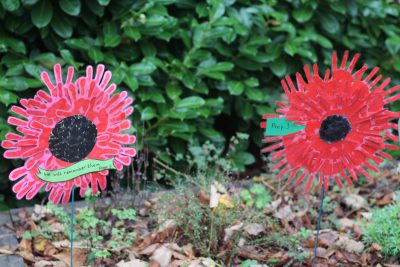 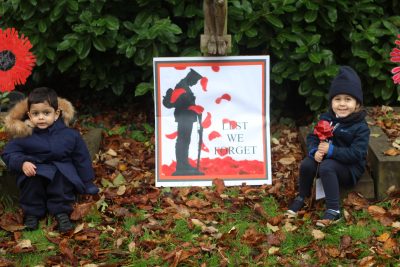 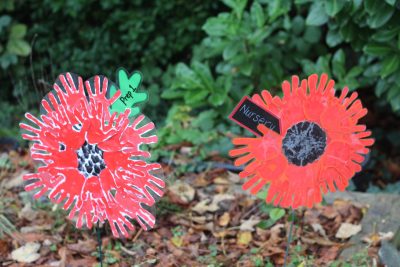 On the anniversary of Armistice Day itself the whole school marked the occasion by a two minute silence honouring those who have given their lives in conflict while flying our new Remembrance Flag high above the school grounds.  May they rest in peace. 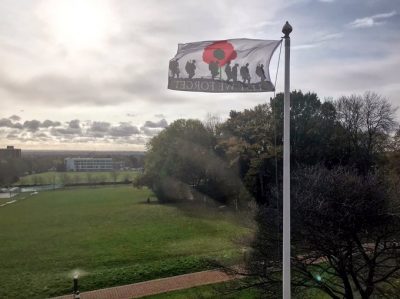