We are delighted to welcome Mr Porter, who joins us in the Music Department as clarinet and saxophone teacher.  He is an award-winning performer and composer and has performed at many prestigious venues across the UK. Here he tells us about himself:

‘I received a distinction upon completing the MA Jazz Performance course at The Royal Academy of Music, where I had the privilege of studying with world-class performers/educators including Stan Sulzmann, Julian Siegel, James Allsopp, Iain Ballamy, Pete Churchill, Barak Schmool, Kit Downes, Liam Noble and Nia Lynn. I am a graduate of the Leeds College of Music (LCoM) BA Jazz programme with first class honours, and was awarded ‘The George Murphy Trophy for Jazz Saxophone’ in 2013.

Highlights of my career so far a 2017 live performance on BBC Radio 3 with Nick Smart, Kit Downes, Tom Herbert and Martin France, alongside other students from The Royal Academy of Music; a 10 month weekly residency from 2016-17 at The Jazz Café (London); a 2013 performance with my own project at the Royal Albert Hall ‘Elgar Room’ as part of the Proms Plus Late Sessions, which was later broadcast on BBC Radio 3; a 2013 UK tour with the same band, playing at venues including Dempsey’s (Cardiff), Seven Jazz (Leeds) and The Lit and Phil (Newcastle). 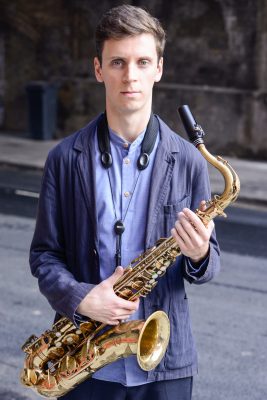 I am also an experienced educator. In addition to teaching at St Augustine’s Priory, I also teach one-to-one instrumental lessons at DLD College and Durston House School. I have led workshops in jazz and improvisation for the National Youth Jazz Collective (NYJC), and has completed mentorship schemes for both NYJC and The National Youth Jazz Orchestra (NYJO).

I would like to add that I am very much enjoying teaching at St Augustine’s Priory and sharing my love of music with the pupils!’