Mrs Bennet, Head of Maths, describes the challenges the Priory 6 mathematicians are enjoying this term, an opportunity to hone their maths’ skills and relish the joy of competition!

‘As if the Sixth Formers don’t have enough to do in the Michaelmas Term, with UCAS applications, EPQs, revision and mock preparation, the autumn brings a flurry of mathematical competitions for them to relish.

Launched last week on the superb Integral Maths website came the Ritangle competition.  Teams of A Level maths students are tasked with solving a series of 25 questions, which are released on a gradual basis, culminating in a multi-part question on 10th December requiring information from the previous answers.  This is the first time we have entered this competition, so it will be fascinating to see how the girls rise to the challenge.

Can you solve the question?

On 7th November the Sixth Form mathematicians faced the Senior Maths Challenge run by the UKMT.  This is a national competition that offers the chance to win Gold, Silver and Bronze certificates, and perhaps also the chance to compete in the European rounds or the Olympiad.  One and a half hours of glorious problem-solving – who could ask for more?! 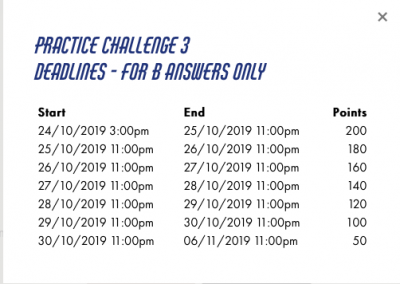 Also starting on 7th November, the live challenges from the annual Soton Cipher Challenge began.  Prior to this there have been three practice challenges which set the scene for the story line (“Countdown to Catastrophe”) and introduce newcomers to the staples of ciphering such as Caesar ciphers, affine shift ciphers and polyalphabetic ciphers including the Vigenere.  Current Sixth Formers have followed this competition with me over the last few years and should be able to spot a transposition from a substitution cipher with little difficulty, but every year the organisers (Southampton University Maths Dept, under the guise of “Harry”) introduce new variants that will fox us for many hours.  I don’t expect this year to be any different!  There is a sliding scale of points depending on how fast the girls arrive at the correct answer.  Accuracy trumps speed, but in an ideal world we need both – a bit like the A Level papers in that respect.

Watch this space for further updates on how the Priory Decoders and others get on in these various competitions!’ 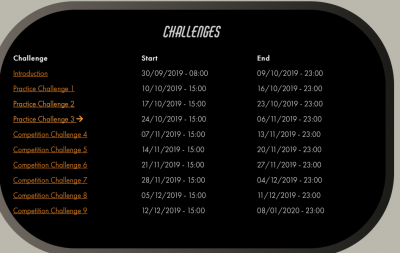