On Thursday 27th September, Lower IV went to see the award winning performance of ‘School of Rock’ at the Gillian Lynn theatre in the West End. The show is based on the popular film starring Jack Black, with music written by Andrew Lloyd Webber. 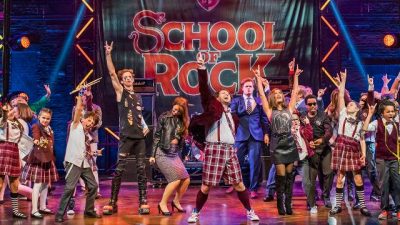 Screams and cheers were heard from the St Augustine’s Priory girls who were clapping their hands and dancing to the music. The music was played live by the extremely talented young actors. It was an exciting and upbeat performance, which left those who are involved in the school production inspired to take part in their upcoming performance of ‘Chicago.’