Mrs Bennet, Head of Mathematics, reports on the Junior Maths Challenge 2019, an annual event which we enter every year, to great result:

‘The UK Mathematics Trust, in association with the University of Leeds, runs a series of national maths competitions for senior school pupils every year, and these attract over 600,000 entrants from 4,000 schools and colleges. St Augustine’s Priory is one of those 4,000, having been regular participants for well over a decade now.  In the Summer Term this is the chance for pupils in Form III and Lower IV to try their hand at the Junior Challenge, along with the most daring of Upper II (who are actually a little bit too young to enter this, but what is life without a challenge?!) 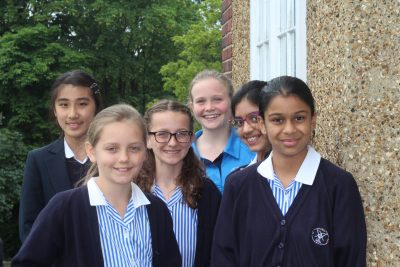 So, in early May, 70 of our pupils sat down to puzzle over mathematical conundrums for an hour and were subsequently rewarded with a quite a haul of awards. To recognise the highest performers in the Challenge, the top-scoring 40% of participants are awarded bronze, silver and gold certificates in the ratio 3:2:1, with boundaries being adjusted every year to ensure consistency.

Here are a couple of examples from this year’s paper which you might like to try your hand at (with answers at the end):

On Aoife’s 16th birthday, Buster was three times her age. On Aoife’s 21st birthday, how old was Buster?

and, a slightly harder one: 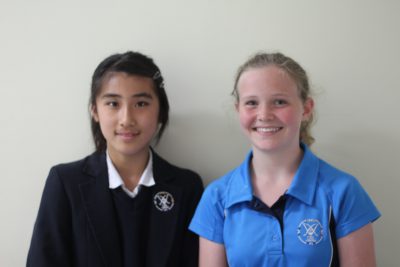 Gold to:  Tamaki Koide (Form III) and Elodie King (Lower IV), (with Tamaki just beating Elodie by one point to get Best in School).

Silver went to: Isabel Jeffries (Form III) and Manahal Shafique (Upper II).  Manahal’s achievement is even more impressive given that this is a competition designed for senior school pupils. 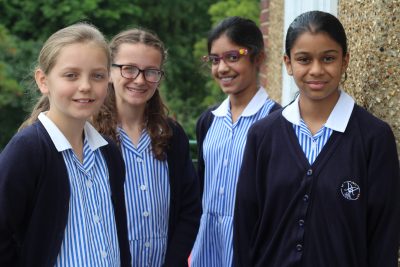 Bronze was awarded to :

Gold awards go to the top 6.7%, or one out of 15 pupils taking part.  These are all definitely certificates worth keeping!’

And the answers were:  Buster was 53 and Kirsten got the number 50.’