A tour of terror.

Monday 4th November was a frightful evening at St Augustine’s Priory as the Seniors were treated to a treasure trove of terror at our annual Fright Night – and all in a good cause!

Lower VI organised this brilliant event to raise money for the Juvenile Diabetes Research Foundation.  So many families are affected by this condition and it is wonderful to report that our girls raised the grand total of £512.68 for the JDRF.

Ghouls lurked the corridors, zombies leapt out at unsuspecting pupils and teachers were the victims of torture during this evening filled with terror and ghostly tyranny. 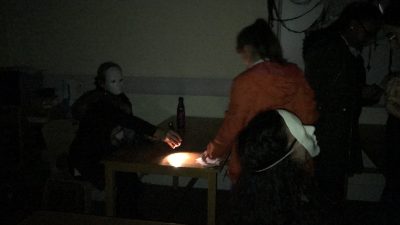 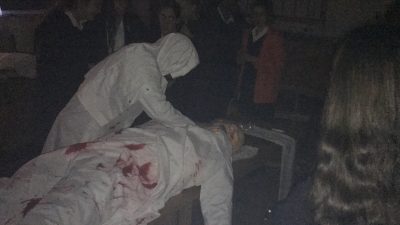 Girls from Form III upwards were both entertained and scared as they were led through rooms filled with things that go bump in the night.  Blood-curdling screams were heard as the Head of Modern Languages operated on an unsuspecting History teacher.  Blood was not only in evidence in the operating theatre as the school’s Hall hosted teacher hostages who were tied up and could be heard emitting screams and howls of anguish.

Added to this, girls tried to find their way around a maze, bumping into bats and other creatures of the night while being chased by a ghostly bride. 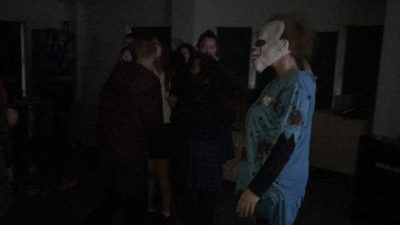 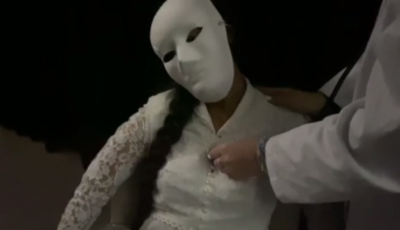 Fortified by refreshments at the start of their ordeal, girls were guided round this gore fest in groups of ten.  As one of the organisers said, ‘We all pulled together to make this evening as scary as possible.  It was a great team effort and we were delighted to be able to raise the funds for JDRF and help the fight against diabetes’.