‘This summer saw the fifth annual Senior Spanish Spelling Bee taking place.  Alternating yearly between French and Spanish, it was the GCSE Spanish students’ turn to try and win the coveted trophy.

To make it into the final, the students had to place in the top 10 in Round 1. This involved using VocabExpress, a website we subscribe to which is a fantastic way for the girls to learn the exact vocabulary list for their AQA specification. Not only can they play a variety of games, but in order to score points they must not make a single mistake across the groups of words they are practising. Those who made the top 10 spent many hours accumulating enough points to secure their place.

The finalists were then given 100 extra words to learn.  Fifty of these were infinitives whilst the remaining vocabulary was nouns from the more difficult themes we cover. In order to score points, these girls had to pronounce the word perfectly, spell it in Spanish and, for nouns, include the correct definite article. Those who made it this far did not drop many points (if any) and therefore a one-minute quick fire round was required to try and separate them. Just three points separated those who made the podium! 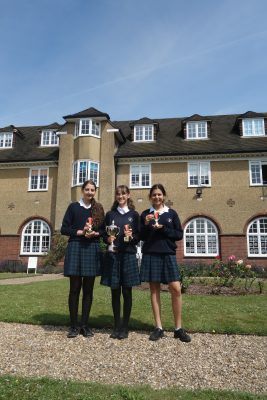 This competition is not compulsory and therefore the huge amount of effort and time that the girls put in never fails to impress. Many congratulations to all and especially the 2019 champion, Anna Woodbridge, runner-up, Melissa Ghapantsyan, and third place finisher, Siya Sehgal!’

Ms Assemat reports on the French Spelling Bee and the School Uniform project that immersed the Juniors in the French language,

‘In the Juniors Lower II and Upper II competed in a French Spelling Bee.  They had to remember the correct spelling for 50 words. The girls had to pronounce the word correctly but also to spell it in French accurately. One of the big challenges was to spell the word ‘anticonstitutionnellement’, this word being the longest word in French with 25 letters. 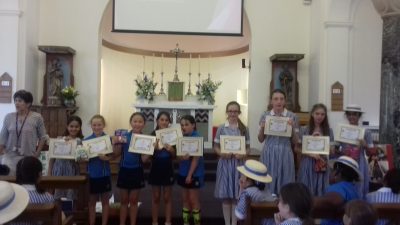 Well done to all participants and especially to the winners Manahal Shafique, Milly Saber and Lucia Puccetti in Upper II and Lara Ward, Evie Fazel, Cecilia Sonderby and Arianna Pourgourides in Lower II.  Many thanks also to Lower V who did a brilliant job helping in this challenge and especially to our Language Prefect, Amina Radi and Lucia Orsi, Siya Sehgal and Sennen Powell who helped to conduct the tests. 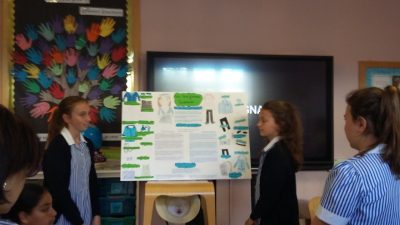 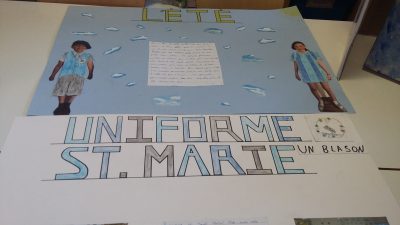 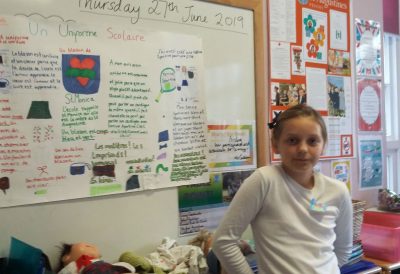 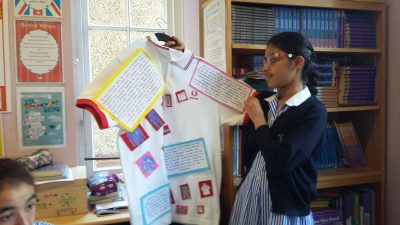 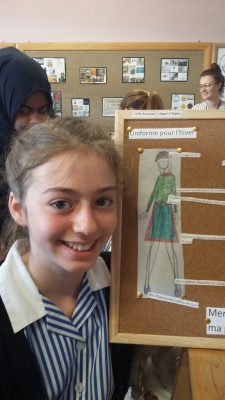 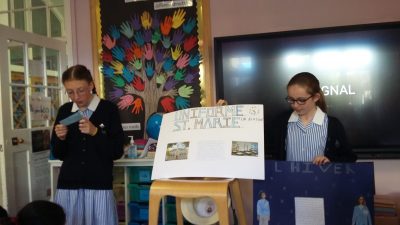 In the School Uniform project, this year Upper II again created wonderful uniforms. The project was organised by Ms Gandi and Ms Assemat and Ms Cattigan were also present on Thursday 27th June when the girls presented their uniforms.  The teachers all admired the quality of the presentations and products and decided which uniforms deserved the title of best piece of work. The level of achievement and effort was this year again absolutely remarkable. Pupils carried out extensive research for several weeks and designed a uniform for our sister school, Ste Marie de Neuilly.  Close attention was paid to colours, the school crest and the type of clothes to be worn according to the weather.   One of the girls also had the idea of writing reviews from the pupils’ points of view. The girls used their best French to present orally each shortlisted piece.

It was so difficult to select the winner and therefore several different prizes were awarded.  Congratulations to all the girls who participated for some wonderful designs! 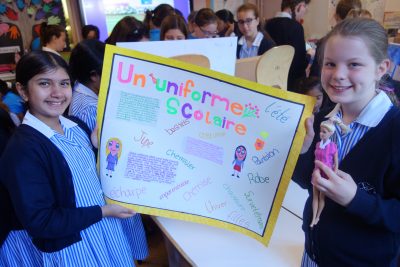 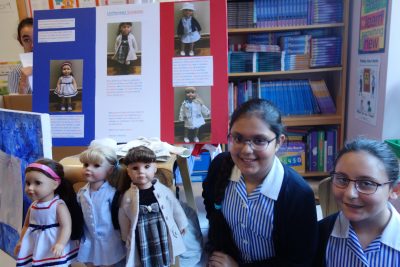 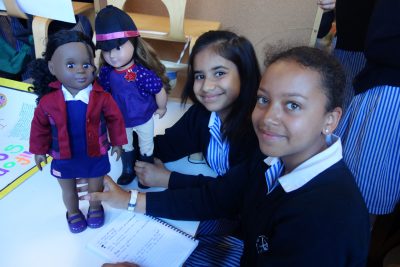 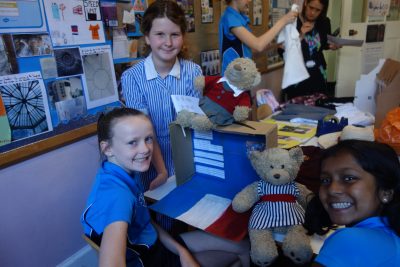 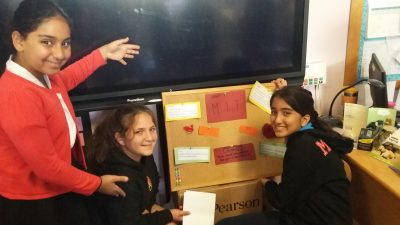