Careers Talks in the Lent Term 2020

Mr Ferguson, History teacher and PSHEE Co-ordinator, has once again organised a term of excellent careers speakers.  Beginning on 30th January with Ms Catherine Lewis La Torre, CEO British Business Investments, CEO British Patient Capital, Ms Lewis La Torre took us through her career in finance after graduating with a degree in Economics from the LSE and raised some excellent points on the decisions which women need to make before embarking on a career, such as the choices available.  She also gave some excellent advice – don’t rely on what employers say, but what they do; think about the culture of the organisation you want to join – does it tie in with your values?  And you can push the boundaries further than you think you can – don’t put yourself in a box. 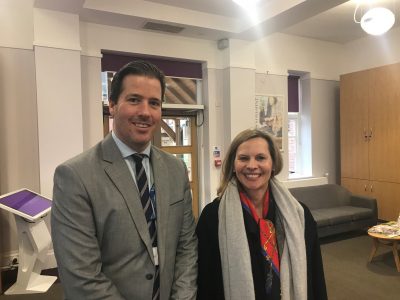 This talk was followed by Dr Maryam Al-Kutubi, Associate Dentist at the Woodlands Dental and Implant Centre who spoke on 7th February on the careers available in dentistry. 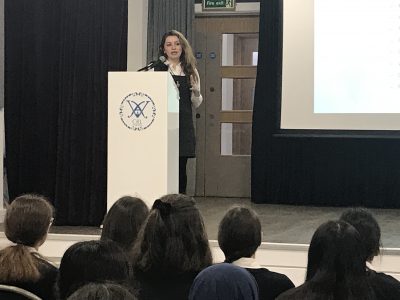 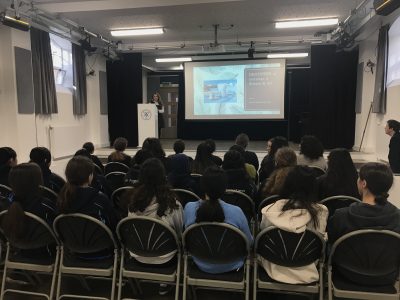 After Half Term past pupil Simba Kaur Deu, Business Development at Apple will be speaking on 4th March, followed on 26th March by Sunny Sehgal, Head of Policy, Group Sustainability Risk at HSBC.

And in making decisions, don’t forget the most important thing to remember, as Ms Lewis La Torre said, ‘The most powerful thing that anyone has is their brain!’ 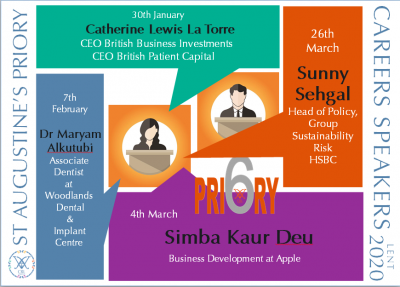