The St Augustine’s Priory Drama Department aims to develop individuality, to encourage students to contemplate and express themselves with flair and confidence, and to encourage tolerance and understanding.

At St Augustine’s Priory we understand that the importance of Drama in education is significant. It’s easy for children to become swamped in a sea of theory, which is why subjects that offer practical and active learning are essential. Here, children have the opportunity to perform in or design theatre productions, or help out behind the scenes. Studying Drama not only engages the creative side of the brain, it also provides an ideal balance in students’ methods of study. Pupils have the opportunity to celebrate the richness and depth of human expression in all of its forms. Through creative expression students learn to comprehend our world more deeply and are therefore better equipped to navigate life’s challenges. Any artistic endeavour allows the imagination to thrive, aiding internal exploration. Drama is a natural foundation to a well-developed sense of self.

The St Augustine’s Priory Drama Department is lively and dynamic. It is an environment in which our girls can flourish by expressing themselves through creativity. As well as Drama in the curriculum, we aim to provide plenty of opportunities for girls interested in performing arts to create, contribute and enjoy drama to the full.

We recognize the importance of providing access to professional arts. Regular theatre visits are organised for St Augustine’s girls from all years under normal circumstances and pupils have access to steamed theatre performances via Drama Online Library. This subscription offers access to productions from the National Theatre, the Globe, and the BBC, as well as many play-texts and resources. In 2019/20, pupils went to see Mary Poppins, Matilda, An Inspector Calls, Six and School of Rock.

We welcome theatre professionals into the school to perform plays, deliver workshops and Q and A sessions. In 2019/20, we hosted a Complicite workshop with Naomi Frederick, screenwriter Lisa McMullin led a workshop on the differences between writing for radio and television, and MN Academy ran an Acting for Screen workshop for Lower V GCSE Drama pupils.

We appreciate that drama is constantly adapting to the needs of the culture it reflects and represents. To enable our girls to go on creating and producing innovative drama and theatre for the 21st century, our Senior Drama Studio is fitted with state of the art audio-visual equipment giving girls the potential to produce multi-media productions. Our outdoor stage is a perfect platform for girls to blend ancient theatre tradition and contemporary concepts.

A team of dedicated Drama Prefects assist the thriving department throughout the year, fostering a sense of responsibility and ownership. They are ambassadors for the subject and role models to younger years.

Preps
In the early years the emphasis is on the development of self-expression, creativity and confidence. In Prep II and Prep III Drama is delivered discretely within the English curriculum.  Public speaking and listening are encouraged through ‘show and tell’ sessions.  Each term girls prepare a performance to an audience; nativity plays in the Michaelmas Term, the Spring Concert in the Lent Term and Songs and Certificates in the Summer Term.

Co-curricular drama activities at this stage:
LAMDA Solo Introductory examinations, which are designed to introduce students to basic communications skills, including speaking poetry from memory and holding a conversation with an examiner.

The aim of Drama at this stage is to develop the girls’ confidence, drama skills and teamwork. Girls in Lower II and Upper II benefit from dedicated drama lessons once a week. Girls in Upper I and Upper II produce performances for an audience, which are always hugely popular. In 2019/20 Upper I performed Treasure Island and Upper II performed Olivia. Public speaking is encouraged through individual oral presentations to class and occasionally to whole junior school audiences.

Students who show flair in Drama by the end of Lower II are invited to join the Drama Gifted Pathway (DGP); allowing them access to drama skills-based workshops and audition opportunities, stretching their performance techniques and breadth of experience.

The aim of Drama at this stage is to encourage girls to explore the human condition through drama. They also scrutinize genres, dramatic conventions and challenge stereotypes through characterisation work. They devise and present scripted and improvised dramas in response to a range of stimuli and gain an understanding of how theatre can communicate in innovative, challenging ways. These explorations encourage empathy and higher order thinking skills. They take part in scenes from plays by a range of dramatists and recognise the particular contributions that directors, designers and actors make to a production.

At the end of the Summer Term, all Form III girls contribute to a short film and all girls in Lower IV will perform in our Shakespeare Festival presented at Association Day. Girls in Upper IV produce end of Key Stage productions, which this year will be Emil and the Detectives by Carl Miller and Ash Girl by Timberlake Wertenbaker.

Drama is a very popular choice at GCSE. The OCR Drama GCSE requires the presentation of devised and scripted work, through either performance or design, the examination of the girls’ knowledge and understanding of different dramatic techniques and forms. Theatre going is essential to this course, and at A Level, as it nurtures the girls’ critical thinking as dramatists, performers and critics.

Drama and Theatre Studies at A Level develops students’ understanding of how theoretical and analytical study of drama is integrated with practical work, through either performance or design. Students study and create theatre through drawing on various historical, cultural and contemporary theatre practices. A Level Drama and Theatre Studies further develops an understanding and appreciation of drama and theatre in a social, cultural and historical context.

The biennial Senior School Production is usually at Questors Theatre in Ealing. However, due to current restrictions, this year we will produce an in-house spectacular of Hairspray. These shows offer wonderful opportunities for girls from Form III to Upper VI to work together both on stage and backstage in a professional theatre environment. The sense of enthusiasm and community that is developed through the production process and public performance nurtures the social inclusion we so value as a whole school. Recent shows include: Chicago: High School Edition (2019), Little Shop of Horrors (2017), The Comedy of Errors (2015) Guys and Dolls (2013), and The Ash Girl (2012).

Senior School students with an aptitude for performance and performance support are invited to participate in workshops and public performance projects, such as the Shakespeare Schools Festival at Watermans Arts Centre, which in 2019 was King Lear, and as part of the Drama Gifted Pathway (DGP). Casting agencies, such as Nina Gold, also come into school to audition pupils for film and television roles.

Over a third of the school participate in LAMDA examinations and LAMDA pupils from Prep II to Lower VI have the opportunity to perform in a medley of poetry, prose, speeches, musical theatre and drama in the immense LAMDA Showcase. We had impressive LAMDA exam results this year with over 76% of pupils passing with Distinction.

LAMDA Volunteers: girls can assist the teacher in weekly LAMDA lessons of girls from younger years.  Providing excellent work experience of working with younger children, directing, and being of service to the school community.  This volunteering contributes towards the Volunteering activity of the Duke of Edinburgh Awards.

LAMDA Solo Saturdays and Yourstage drama classes provide weekend and holiday opportunities for both our girls and children of the local community to take part in activities in the performing arts.  Please see the Co-curricular pages for more information. 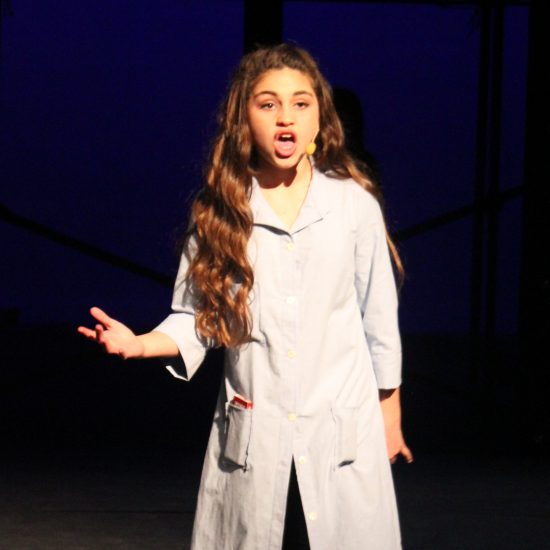 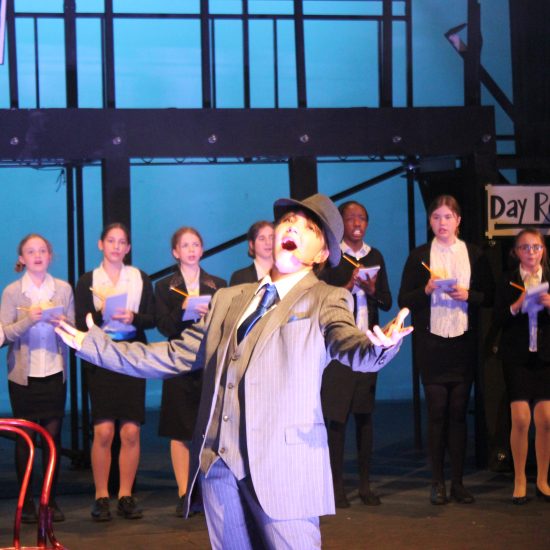 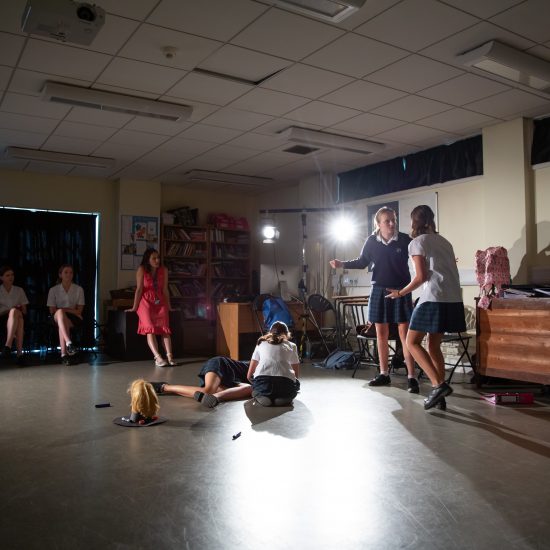 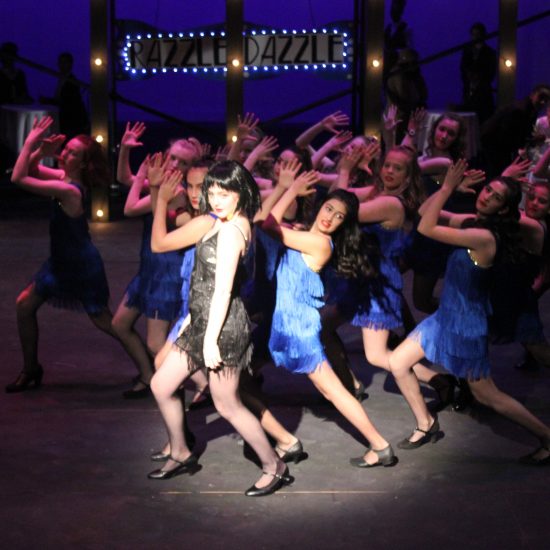 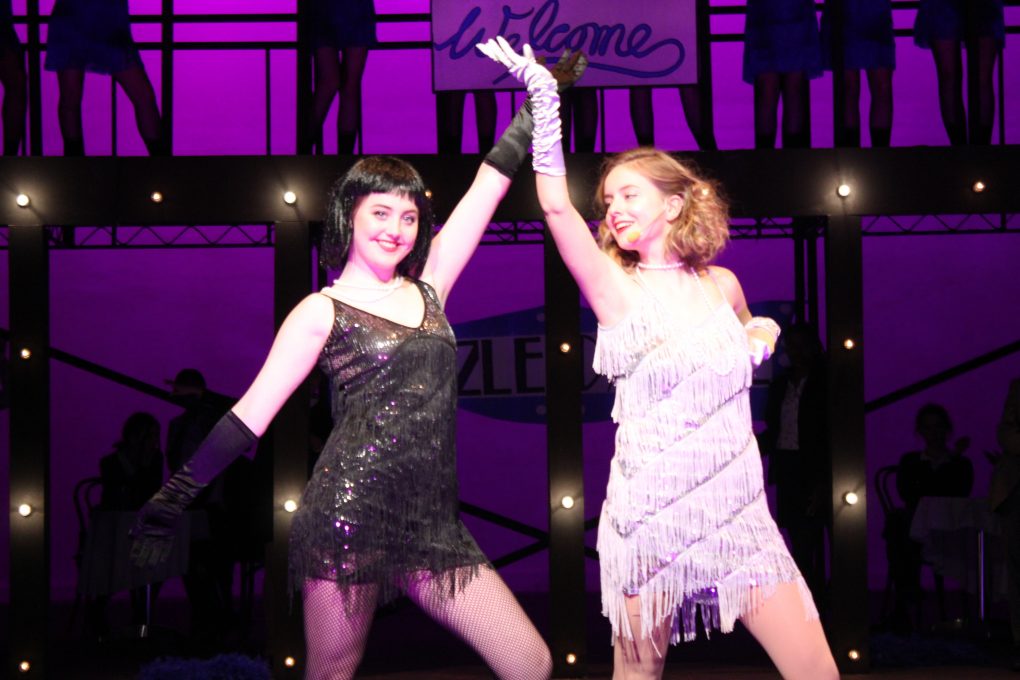 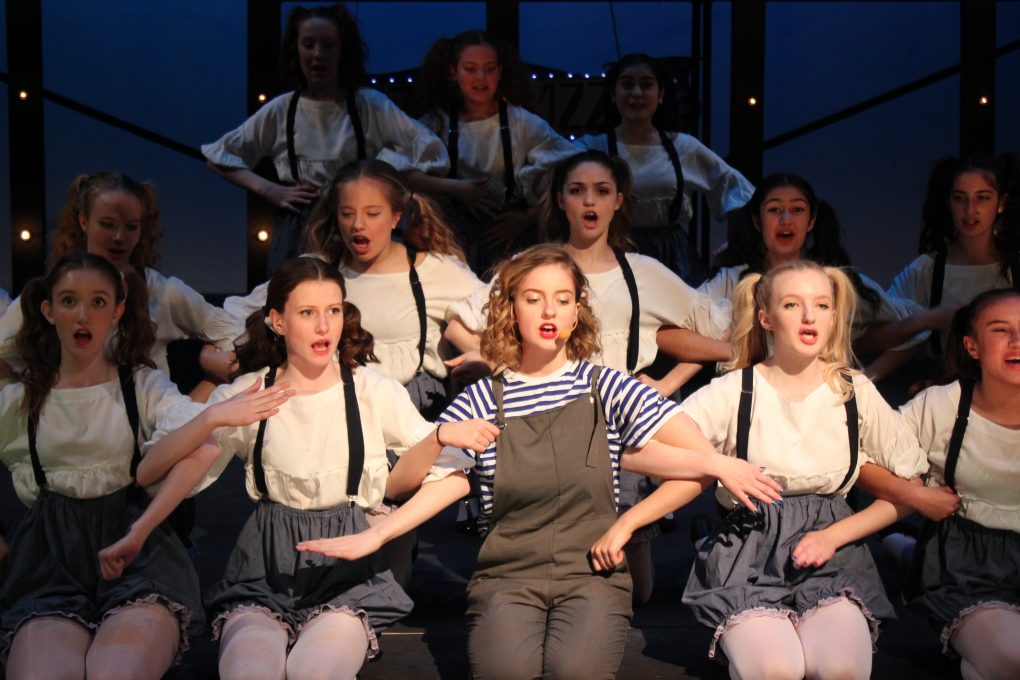 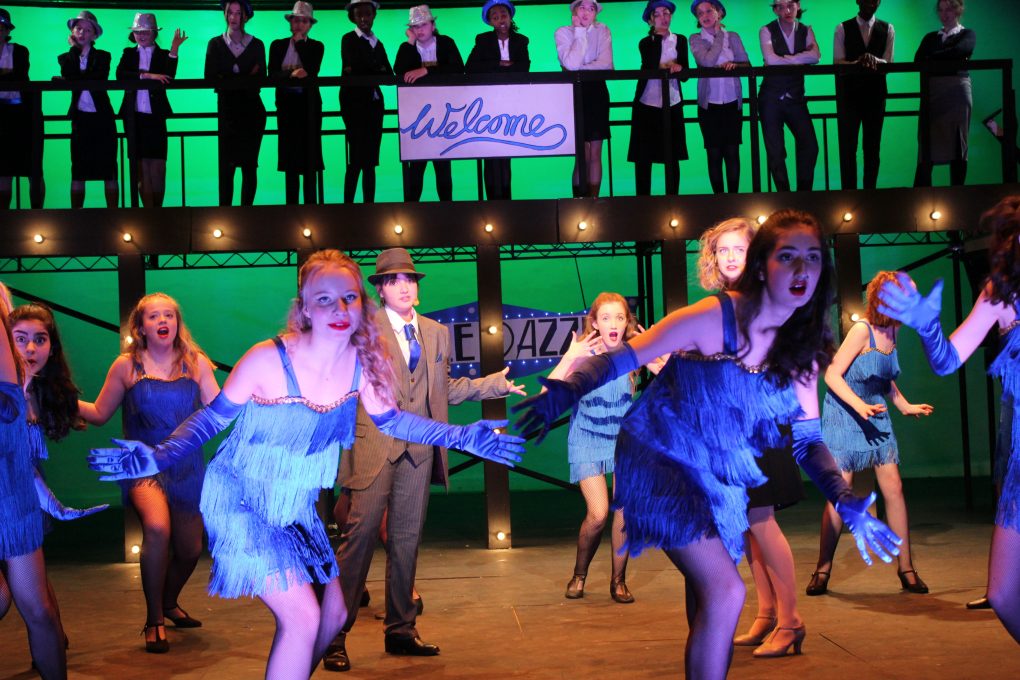