King Lear is an astonishing play in which Shakespeare explores such themes as justice, familial relationships, politics, madness, compassion and nature.  A strong and sometimes brutal play, St Augustine’s Priory delivered a powerful production of Shakespeare’s King Lear when they participated in the Shakespeare Schools Festival recently.  Drama and LAMDA teacher Miss Snell here reports on what was a truly memorable occasion.

‘This term, thirty three of our Drama Gifted Pathway girls participated in the Shakespeare Schools Festival, which resulted in a performance of King Lear at the Watermans Arts Centre on Monday 18th November. The girls had a very short time period to put the play together and have rehearsed weekly since late September. This was a wonderful opportunity for our girls to perform on a professional stage, showcase their talent and work as an ensemble. The festival is a nationwide project, which involves hundreds of schools across the country. We were one of three schools to perform a half hour Shakespeare production at the Watermans on Monday. 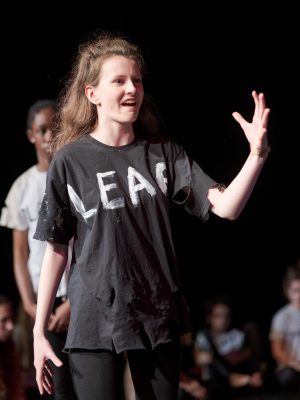 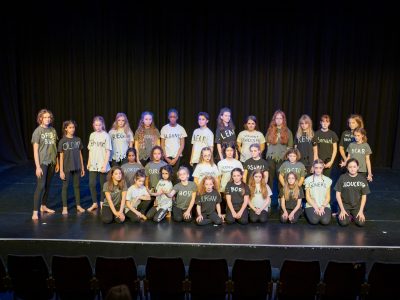 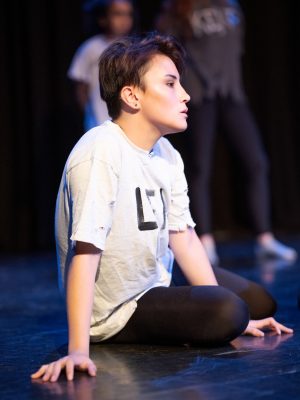 We arrived at the theatre for lunchtime with drums and props and costumes in tow, ready for a long day ahead. The girls were very professional in their attitude to the technical rehearsal, where they had to jump from cue to cue for the lighting and sound plots. It was really exciting to see the play under the lights, which supported the eerie mood of our piece. The girls had fun messing up their hair and  applying thick black makeup to add to the overall gothic dystopian theme! The production involved girls from Upper II through to Lower VI and it has been so lovely to see girls of all ages supporting each other and enjoying each other’s company. 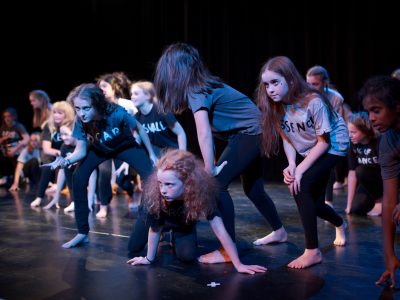 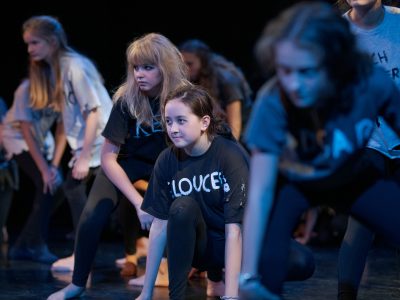 Two girls worked exceptionally hard behind the scenes to support the production: Emily Delargy was the Assistant Director. She was a key part of the production’s success and she kept everyone in order! Freya Ellis created the props, including an enormous map of England. Thank you to Ms Hosten Sandy for her support with the fight scenes, Miss Cosham and the Textiles Club for their help with the costumes and Ms Brown for her support with final rehearsals. 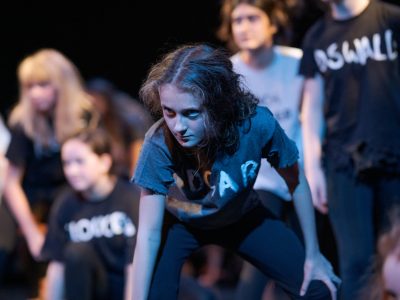 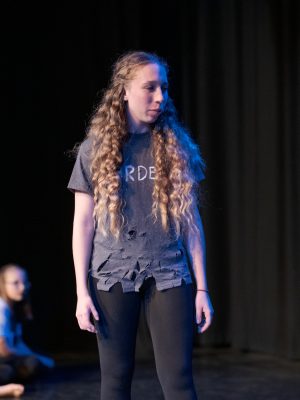 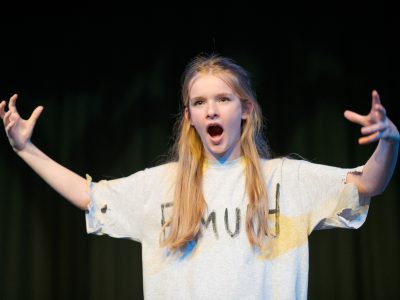 There were strong and energised performances from all. We were particularly impressed with the way in which girls used the Shakespearean language as their weapon and the dedication with which they performed the chorus scenes. The production was impressively led by Lucy Williams and Sharmaine Jagers, who both played King Lear. 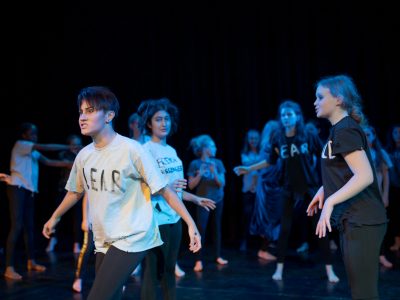 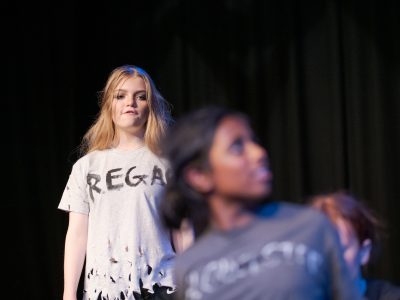 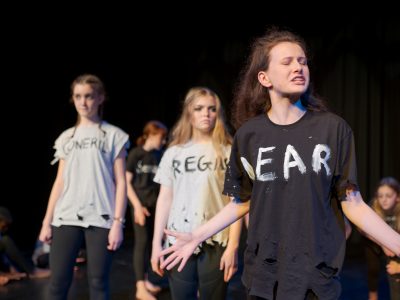 Here are a few words from Sharmaine:

King Lear. Where do I even start? The build-up to the show took hard work and a lot of teamwork but it was absolutely worth it. Personally, I really liked the rehearsals because I was able to work with students throughout the school in different age groups which helped a lot in our team working skills. However, an inspirational moment for me would be watching the other students portray their acting skills through the parts they played, lines they spoke and just the way they wholely pieced together their own performance. Overall, this experience was amazing and I would 100% recommend others to audition and join in the fun!

Well done to all involved!’ 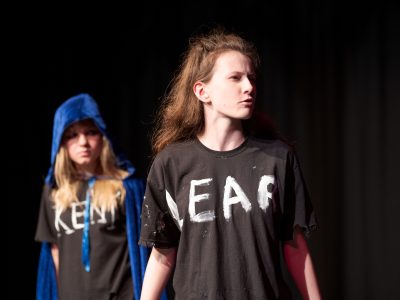 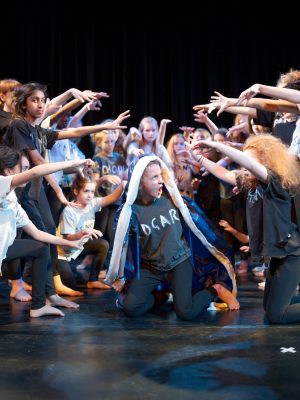 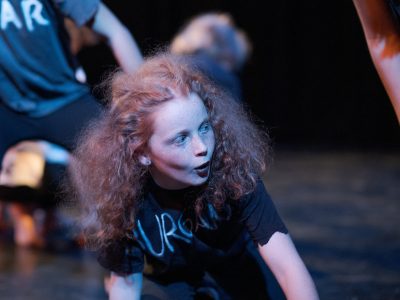