Nursery and Prep I go hunting!

The benefits of outdoor learning.

At St Augustine’s Priory we have long known that outdoor learning is beneficial on so many levels!  Our grounds, Priory Farm and Forest School are all witness to our belief that education does not just have to happen in the classroom and the physical, mental and emotional rewards are abundant. 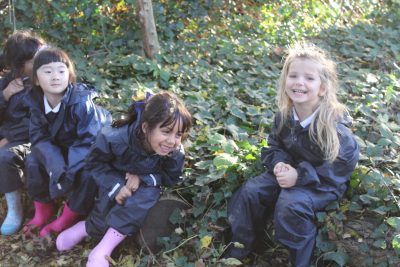 In October the TES online published an article on how outdoor play is officially ‘fundamental’ to learning and said that ‘50 influential organisations and people in Scotland sign up to national commitment on outdoor learning’.  Henry Hepburn’s article went on to say that Scotland Chief Executive, Celia Tennant, had said that ‘outdoor play helps children to “take risks, test boundaries, think creatively and problem-solve”’ and also that “There are also wider benefits for society – a generation of children that grow up not just familiar with the outdoors but passionate about it; a generation that love and understand the world around them is a generation that will protect and care for it.”’

The Chief Medical Officer for Scotland, Dr Catherine Calderwood, said that other benefits of outdoor play include using the natural world to “develop curiosity and science skills”.  The article also quoted Peter Higgins, Professor of outdoor and environmental education at the University of Edinburgh’s school of education: “There is a reason parents take their babies and toddlers outdoors to play, and children and adults of all ages continue to seek out local green spaces, the countryside, seashores and wild land – it satisfies a deep need within us and is fundamental to our wellbeing… Scotland’s progressive approach to outdoor play and nursery provision, especially if developed through further provision in formal education, will bring lasting dividends in health, wellbeing and learning, and even our national identity.”

We are happy to ratify all the above and share with you the Nursery and Prep I’s latest adventure at the Forest School.  For life is always exciting at St Augustine’s Priory.  Especially if you are in the Nursery or Prep I and it is Tuesday afternoon! 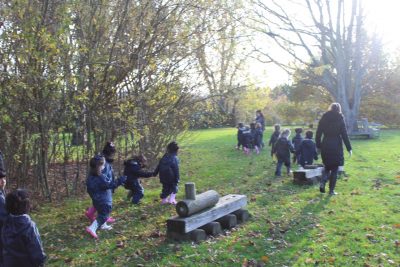 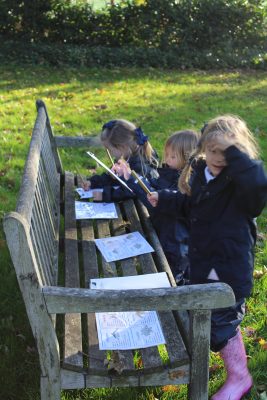 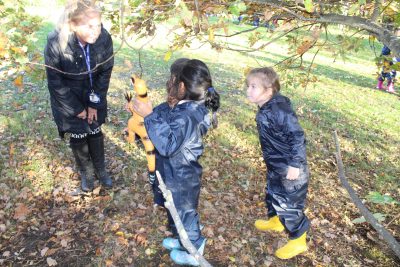 ‘Every Tuesday afternoon the Nursery children gather in the meadow to enjoy time playing outdoors. This week they were joined by Prep I for their first Forest School lesson of the academic year, the theme of which was Dinosaurs!

To start the lesson on Tuesday 13th November, Nursery and Prep I gathered in the Forest School base where they talked about the three toy dinosaurs that join them for lessons: Thinkasaurus, Tryasaurus and Explorasaurus. Miss Keane asked the students how they can keep safe in the Forest School and if they could remember the Forest School rules, to which the children answered that they must not go out of the gates and that they must take care of all the living things that they see. They all agreed that it did not matter if they got dirty or muddy and that everyone should work together and have fun.

The children divided into small groups for the afternoon and each group took part in a different activity based around dinosaurs. One group went on a dinosaur hunt, looking for dinosaurs that were hiding in the Forest School and then they identified the type of dinosaur they had found. Some of the dinosaurs that were found included a Stegosaurus, Tyrannosaurus Rex and a Velociraptor. The students proved that they were all tryanasauruses as they did not give up on finding the dinosaurs who were very good at hiding! 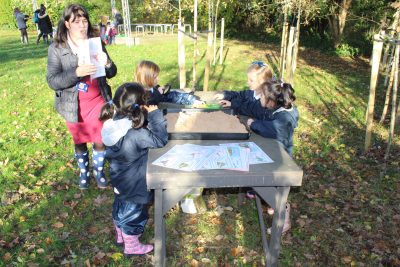 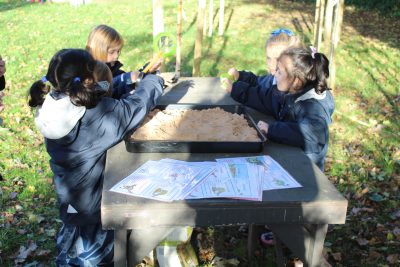 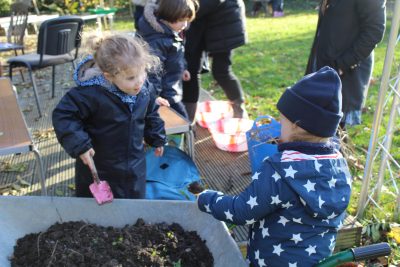 Another group built a dinosaur nest using natural materials they found in the meadow such as mud, twigs and leaves. Once the nest was ready, the nursery pupils were given an egg to put in the nest. The students wondered if the egg would crack in the nest, but then they realised that it could not have been a real dinosaur egg as dinosaurs are extinct.

Another activity saw a group of Prep I girls become palaeontologists for the afternoon; they dug for dinosaur skeletons in the sand. The next group had to use their estimating and measuring skills as they found a variety of large dinosaur footprints and needed to discover which dinosaur the footprint belonged to. The final group made a dinosaur skeleton using sticks, bark and leaves. 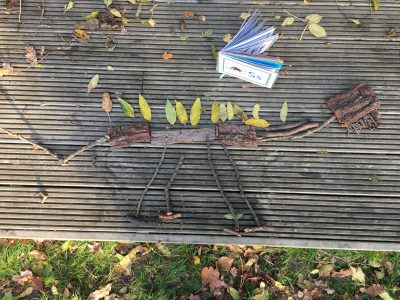 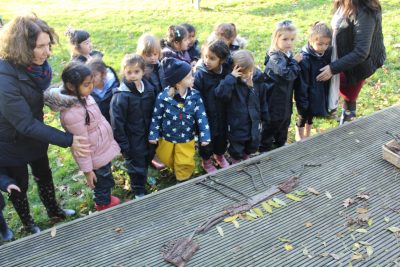 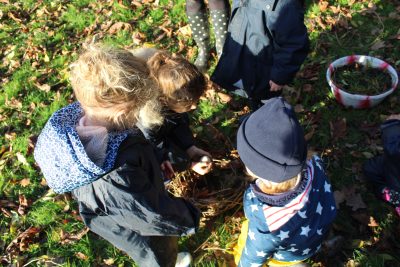 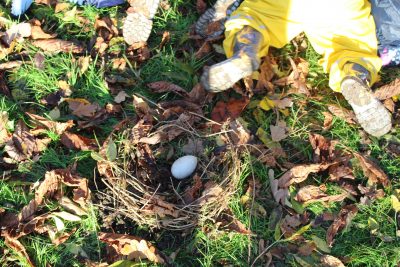 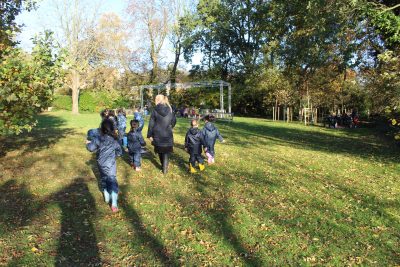 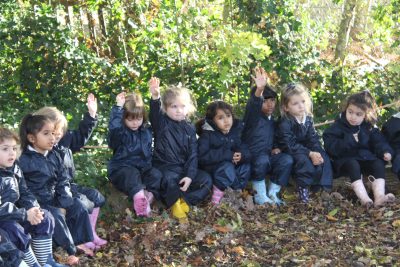 At the end of the lesson, all the groups returned to the Forest School base and shared what they had been doing in their session. They talked about the skills that they had used and if they had been an Explorasaurus, a Thinkasaurus or a Tryasaurus.

As the Preps and Nursery pupils had been so well behaved and had undertaken their expedition quests so triumphantly, as a treat they each enjoyed a warming cup of hot chocolate to end a successful afternoon at the St Augustine’s Priory Forest School!’ 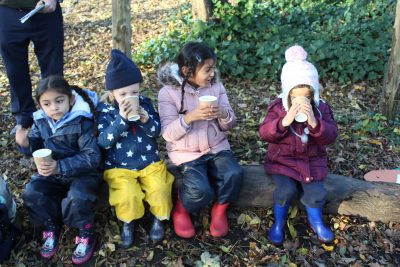 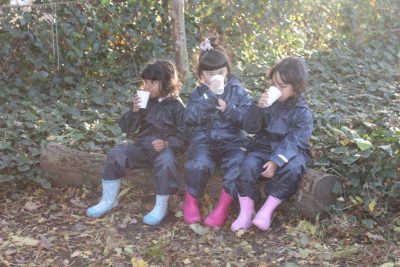