‘On Wednesday 27th November, the other LAMDA students and I saw a production of An Inspector Calls at New Wimbledon Theatre. At first, I wasn’t sure what to expect, especially at the very beginning when two children ran onto the stage, shining torches over the audience and air raid sirens went off. However it soon became apparent that this was all part of the meticulously created production, the children representing the poorer people of society. 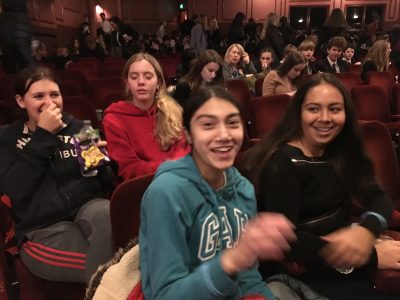 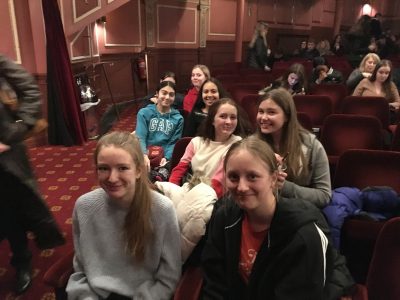 After the Inspector had exposed each member of the Birling family the house crumbled, as though symbolising the fact that the Birling’s upper-class façade had been destroyed by the Inspector. I found this highly effective and also found it ingenious as throughout the play the Inspector began to take off layer after layer of clothing, each one more modern than the last, signifying that times are changing. For the duration of the play, the Inspector remained on the stage and never entered the house. At times, some of the poorer members of society were also on the stage, demonstrating that the Inspector was the voice for the poor community. This also portrayed that Inspector Goole was J.B Priestley’s mouthpiece for Socialism.

Overall, I thoroughly enjoyed the performance and I think that it will assist me in my English Literature GCSE as I feel that I have definitely gained a deeper understanding of the play. There were so many fantastic, symbolic, tense moments and I was on the edge of my seat the whole time. I am really grateful to Ms Brown for organising this trip.’ 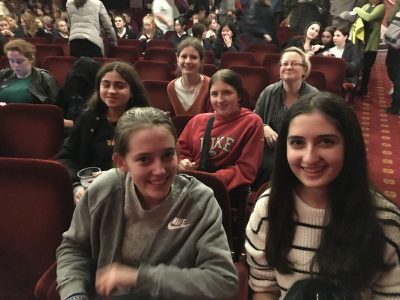 Lucy Williams, also Lower V, continues: ‘‘An Inspector Calls’ is a play exploring the suicide of a working-class girl, Eva Smith, and the part that the Birling family (a rich, out of touch with working-class life, family) have to play in her death. It was a fantastic show with a breath-taking set, a dolls’ house closed off to the audience highlighting the upper-class, capitalist façade that the Birlings had and mimicking the social divide in the 1910s. Watching the play not only helped me see an interpretation that would help me in drama but also brought my English studies to life. ‘An Inspector Calls’ is a GCSE text so seeing it on stage allowed me to experience the dramaturgy together with the written text.’