English in April And For All Time

The variety of work in the English Department.

Mr Elder, English Department, shares some insights into the incredible value of studying the classics of English Literature.  Further back than Dickens, or Austen, or even Shakespeare – but the gems that came from the pen of Chaucer and the author of Beowulf.

‘For T.S. Eliot April was the cruellest month, but Chaucer saw things differently;

Whan that Aprill with his shoures soote
When April with its sweet-smelling showers
The droghte of March hath perced to the roote,
Has pierced the drought of March to the root, …

For me, April and the Easter holidays gave me a chance to tackle some of those newspapers I’d been meaning to read but never got round to. Most of the students I have taught have been told at one time by me “Read a decent newspaper”.  Well, I can say I took my own advice and found it very worthwhile.  A couple of things in particular that I read were interesting and uplifting, and also joyous because I saw so much of our English Department’s thinking and teaching reflected in what I read.

In the Review section of The Times I read a review of a new biography about Geoffrey Chaucer. How apt, since I have been reading a prose version of The Canterbury Tales with my Lower IV class. The biography, Chaucer: A European Life by Marion Turner, throws up some new details about the writer, such as he perhaps only spoke French at home, but it also lays out lots of material that our students would be familiar with from the work they do around Chaucer in Lower IV. 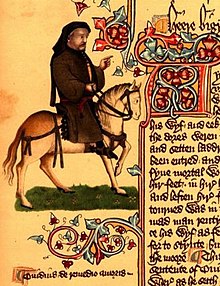 For several years I have been teaching the Ian Serraillier modern translation from Middle-English of The Canterbury Tales. I was therefore pleased to read that the work is still considered “the bedrock of the canon.”  From a classroom perspective, the text gives scope for students to explore language change, the subtle characterisation and satire Chaucer employs, and we get to have a go at writing our own modern pilgrims in Chaucer-style. I left my class at the end of term to finalise their cross-curricular presentations that they are going to make, pretending to be a tour company running a trip to Canterbury that needs to set out budgets, activities and the entertainment/educational elements their tour company can offer the modern traveller. Interestingly, on the other side of the page in the newspaper was an item about Coram Hospital, linking to another part of the Lower IV English curriculum when we read Coram Boy.

I read on in the paper and found an item called ‘The Super Tutor’s Guide to Being Brainy’ by Joe Norman. Hmmm … I wondered, can a brief article really provide the answers we’d all like? Well, perhaps the claim was a little bold; however, there was a lot in it that directly matches the approach we take in the English Department. Some time ago we established a commitment in our department to teaching Literary Heritage at KS3, this has become even more relevant under Government changes to GCSE and A Level English, but we were doing it long before Mr Gove and his schemes and so we have been largely untroubled by notions of having to provide extra ‘rigour’ for students.  Hence I was nodding firmly in agreement when I read in this article, on the back of W.H. Auden’s line ‘Some books are undeservedly forgotten; none are undeservedly remembered’, Joe Norman writing; “The nameless Beowulf poet is the big star of the Old English era, and if you read Seamus Heaney’s modern translation of Beowulf you’ll get a really good sense of perhaps the greatest poem in English (along with Chaucer’s The Canterbury Tales)”. So, Chaucer again, but also Beowulf.

Beowulf is a text we teach in Form III, we read a prose version by Rosemary Sutcliff, but again we look at the original (presenting the class with a page of Old English and telling them this is what we are studying engenders some good reactions). We explore how language is a living thing, how migration has influenced things, and ultimately we consider whether Beowulf’s greatest achievement was killing all kinds of dragons and dreadful creatures or was his reign as king for fifty years of peace a greater triumph. 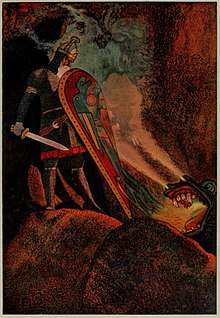 The final piece in this canter through Literary Heritage takes us to Sir Gawain and the Green Knight in Upper IV. Here we read the Simon Armitage translation, and we explore the moral dilemma that befalls the eponymous hero. We also consider other translations and how individual word choice can change the whole hue or colour of a section of writing. Students then write their own sections, mindful of the literary techniques Armitage et al employ.  It is fortuitous for all of us that Seamus Heaney can neatly be worked into lessons on Beowulf, and Simon Armitage and his own writing can be explored on the back of Sir Gawain. Often we shuttle across centuries, from the old to the new, in the space of a single lesson. 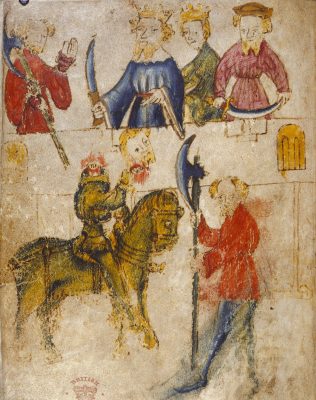 It was heartening to see so much of the KS3 teaching that we do reflected back at me. There was plenty of other interesting advice in the article on how to be brainy, and also of comfort to those of us who have not read every ‘classic’; “No one has read everything. And no one has time to, either. So don’t feel bad about not having read any particular book.” (Joe Norman)

Finally, the holidays gave me time to book tickets to see Carol Ann Duffy at her final reading in the role of Poet Laureate, another link to our KS3 curriculum. Just prior to the holiday my Form III students worked on their Poet Laureate Projects, analysing poems by those who have held the position, writing an advert inviting applicants to the post (how timely) and suggesting who might take over the role, and why.

This morning I heard from a former student of St Augustine’s Priory, she is in her final year at Bristol where she studies English. When she was at school the timetabling Gods saw fit to put this student and I together for six consecutive years, and what is her dissertation on? Old English elegies and the presentation of loss in Anglo Saxon Literature. Let that be a lesson!