Headteacher’s Blog: are you beautiful?

Girls’ Schools are best placed to provide a new aesthetic.

“Britain’s children are “deeply unhappy” and have to deal with fears and worries that did not exist 30 years ago, a charity has warned.”

Here at St Augustine’s Priory we held our Feast Day on the Friday before half term break. On this day we celebrate the tradition embraced in Catholic schools of a day set aside to reflect on what makes us distinctive, to consider our traditions, perhaps create some new ones and, with any luck, throw in some misrule for good measure. Not much has changed since the Middle Ages when the religious authorities allowed jollities where hierarchies were upturned and rules gave way to playfulness. That is the backdrop of Mardi Gras, of carnivals all over the world. Of course these days the monarch no longer has power of life or death over us and the secular world has overtaken the hegemony of the Church. We are no longer dominated by a religious discourse which defines how we should behave, who we should emulate and the Lives of the Saints are not so much heralded as offering an image of the ideal. We are still regulated however – as adults in schools we are within an inch of our lives and external forces shape what we say, think and do. For young people the pressures are even more intense – their world is pressed with images of a different kind of impossible ideal. Whereas the Church used to set out a way of living which was indeed demanding it did at least presuppose a God of love. These days it feels like a much more judgemental universe without the mercy and grace which we need as human beings.

We began the Spring term with Mass said by Fr Patrick Shanahan. Fr Patrick works with street children in Africa. He tells us that the concerns of children on the streets differ somewhat to those of our young people. He urges us as a community to challenge ignorance. In particular on the Feast of the Epiphany he reminded the school that the Magi came from the same area as Abraham. The three world religions of Christianity, Judaism and Islam are Abrahamic. They teach of one God. He charged the girls with the importance of understanding faith deeply, of living lives of peace. He pointed out that theirs will be the generation that will need to remedy the crisis in the Middle East. They will need to be strong in themselves to do this. Are schools preparing them adequately for challenges of this magnitude?

Fr Patrick is right to exhort the importance of learning and reflection. When British headlines speak over and over again of the unhappiness of young people and the unbearable and unprecedented levels of peer pressure exerted through social media, it is time for us to assert the importance of a central Christian teaching. At St Augustine’s we speak to the girls about beauty. We tell them they are beautiful. They are. Not because we have measured them against some external benchmark of aesthetic glory. They are beautiful because they are made in the image of God. This teaching matters because it asserts an intrinsic human dignity and worth. This teaching is excitingly counter-cultural. 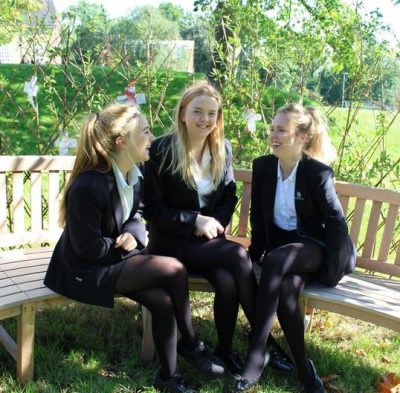 How often are girls subjected to icons from the media and how much is this insidious influence affecting their mental health? How should we in girls’ schools be challenging these impossible ideals? Too often girls’ schools are accused of hot housing eating disorders or using a cloying language of safety, softness and cliché. At St Augustine’s we love language, we resist hackneyed expressions about resilience, glass ceilings and sticky floors. We are engaged through encounters, dialogue and in conversation. We want girls to lift their heads from their phones and devices, to look us in the eye and tell us what it is like to be young. We want them to talk to us, challenge us and become women who will change the world.

As a Catholic school we love paradox: the intrinsic beauty of each individual is central for us, but of equal importance is the view that each individual is part of a community.  As a school we are committed to the digital world, while at the same time we are increasingly aware of the growing weight of research which suggests that while social media has immense strengths there are also many risks. Dr Aric Sigman, a controversial speaker on the educational circuit has been invited to St Augustine’s on 10 March to speak to girls, parents and staff and he points to evidence to which we must pay heed. Did you know for example that there is evidence that excessive social media use is linked with lower grade averages? That there are gestural aspects of language and the stimulation of the brain which the use of screens and devices cannot replicate? Shallower processing in learning is the result if we do not use long hand and simply type, while the multi-tasking which accompanies social media activity makes learning less efficient, makes our learning less useful. It all takes longer and produces more errors. 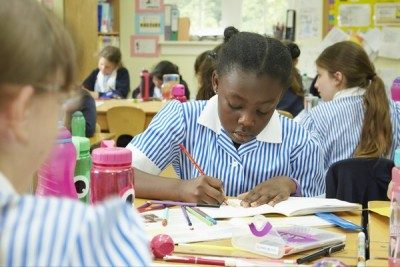 Dr Sigman claims that half of 12-15 year olds are constantly tired with over a 1/3 constantly waking at night to contact friends on social media. He argues that the more we use face to face communication, the more we use the phone to speak to people the greater the chances of happiness because the levels of serotonin are raised. By contrast, the release of cortisol which follows screen time affects the immune system, affects mood and increases body dissatisfaction.

We know as a school that young people are exposed constantly to images of the ideal body. Dr Sigman argues that these images “promote a neural circuitry of fear”. How do we counter this? As schools we are required to measure progress, more than that to provide evidence that our girls out perform themselves. We are asked to encourage a culture of perfection, of competition which is not just about reaching potential but about being the best sportswoman, musician, writer, friend, girl friend, daughter. To top it all in schools we could easily begin most encounters with an exhortation to take out earrings, remove the hoody and change into the right shoes. (As a side note I would observe that pumps seem to have become shoes and I would willingly entertain a philosophical discussion about the definition of a shoe).

This is where girls’ schools can be different. Girls at St Augustine’s don’t wear makeup. When they do we notice it with interest. Like every school, working with young people we are engaged in a cosmic battle of enforcing rules because that is a Good Thing, but we have fewer rules than most schools and we pride ourselves on being in a school where everyone looks you in the eye. A member of our Senior team stands at the gate each day and it matters to me that girls are greeted by name as they begin their day. Each one matters and they know it. They are human beings first and pupils in a hierarchy second. So while we know we are pushing them, setting high expectations we also know that at our heart is a challenge to them to be  themselves. I have known schools where girls count calories at lunch and compete with themselves to exist perfectly on their ideal BMI. We will resist that land as long as we can and are able to do so because of our Catholic identity. 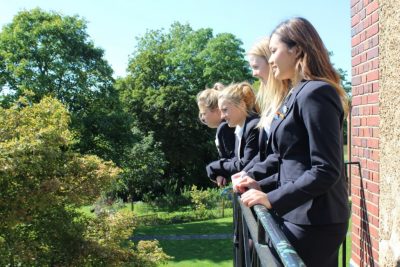 Girls’ schools rooted in the Catholic tradition are in a unique position to explore what it means to be a young woman of faith (or at least exploring her faith). Ours is a diverse school and always has been. A current parent and alumna once said to me, “The nuns made me the Sikh I am today”. The nuns were not comfortable, wafty and numinous beings. In the early days one or two had been suffragettes. They lived out their lives exploring the transcendent with their feet on the ground. This is what it is to be fully human. As a girls’ school we want to enable girls to know who they are uniquely and to be sufficiently charged with a sense of purpose that they maintain that sense of self, even when they encounter overwhelming quantities of images online and elsewhere suggesting that some external and unmeasurable ideal is more important. Our task is mighty. It is what makes our work so fascinating. And so important. Who else is going to take on the myths of what it is to be a woman in 21st century Britain? Who is going to explore with girls the paradigm of the woman who can have it all?

Some detractors make headlines claiming girls’ schools are an anachronism. We are indeed out of time – we function beyond that because it is where women are. We have always occupied different territory. Girls’ schools are very far from being outmoded. At their finest they are places of challenge, wit, tradition and post-modernity.

Veritas is the word inscribed above our entrance. Truth. If truth is beauty then we have a new aesthetic which can release all of us, not just girls, from all sorts of misconceptions. I would ask – can we replace self- doubt with self- awareness?

We will not find happiness somewhere out there in the ether. We will not find real beauty on Instagram. We will find ourselves in our off-line communities and off-beam conversations, in time spent with each other tackling weighty matters, playing with ideas and setting ourselves free. 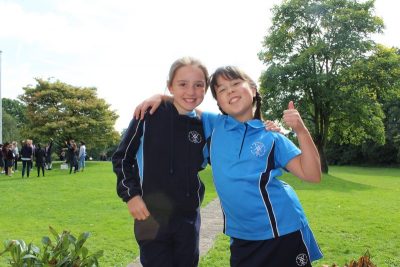