We congratulate our girls on their excellent exam results in August 2020 with 100% of all candidates gaining A*-B  in A Level with 67% achieving an A* and 100% of all pupils taking the Cambridge iGCSE achieving the top 9-6 grades.

The History Department at St Augustine’s Priory aims to inspire pupils’ interest and enjoyment of the past which they will be able to take forward into a society in which understanding and protecting heritage has a central role. We seek to provide a stimulating environment for historical enquiry to enable all students to learn and achieve.

Preps
Children begin their understanding of History through the Early Years Foundation Stage curriculum. Opportunities to develop their knowledge and understanding of the world allow children to begin to explore the past and present events relevant to their own lives and those of their families. Girls spend time talking, drawing and collecting pictures of family members. They think and talk about how they have grown and changed and begin to recognise the differences between past and present. They will begin to tell stories about the past and begin to use time-related vocabulary.
In Key Stage 1, History is about the lives and lifestyles of familiar people in the recent past. Girls find out about significant people and events in the more distant past, including those from Britain and the wider world. They begin to use sources of information to help them ask and answer questions and learn about figures like Guy Fawkes, Florence Nightingale and Mary Seacole. In Prep III the girls visit the Florence Nightingale Museum to aid their understanding of the significant impact of the action of an individual on the lives of others.

Juniors
Throughout Key Stage 2 the girls study people, significant events and developments from the recent and more distant past in the locality, in Britain and in other parts of the world. They will learn about change and continuity and begin to see History from a variety of perspectives; political, economic and social. At this stage, the girls will also begin to learn that the past can be represented and interpreted in different ways. Topics include the Stone Age to Iron Age Britain, the Roman Empire and its effect on Britain, a study of ancient civilisations with an in depth study of ancient Egypt and Greece, Investigating the changing power of British Monarchs, World War II and the Kingdom of Benin. To enhance our History curriculum in the Junior School, the girls take part in themed history days in school and also visit places of historical interest such as Hampton Court Palace and the British Museum.

Form III to Upper IV (Key Stage 3)
The girls begin to learn about significant individuals as well as the causes and consequences of events in the history of Britain from the Medieval period, the Reformation and the English Civil War to the struggle for the right to vote in the 19th and 20th Centuries. There is a considerable attempt to introduce students to the debates that naturally arise from the conflicting nature of the surviving evidence. In this regard students are required to evaluate and interpret contemporary documents and images. Following the study of the origins of the First World War and the significance of propaganda on the Home Front, they will also have the great opportunity to visit the battlefields of the Western Front and some of the war cemeteries of northern France and Belgium in order to bring to life their study of the nature of trench warfare as well as the impact of the war on both soldiers and civilians.

Lower V to Upper V (Key Stage 4)
This is an exciting, yet rigorous, syllabus which will challenge and stimulate the girls. They will learn about the impact of the First World War on European relations and on the actions of dictators in the inter-war period. We try to assess why the peace that was established in the era after the Great War failed to hold for longer than two decades. In addition, students are invited to examine, in some depth, the domestic histories of Germany and Russia.

As for Russia, the focus is on the fall of the Tsar in 1917, the establishment of Bolshevik control and the policies of Lenin. This is followed by developing an understanding of the policies and methods used by Stalin to create a dictatorship and the consequences of this for his rule and for the Russian people. The development of the Cold War and its impact on relations between East and West will also be studied. The girls will also understand that the consequences of these events are still relevant to us today in the 21st Century and begin to develop an appreciation of patterns and trends that emerge in the conflict between democracy and dictatorship. The examination itself is based upon a balance between narrative comprehension, document evaluation and structured analysis of cause and consequence.

Enrichment
We are all incredibly lucky to be living in a city with so many places of historical interest: Hampton Court, Hatfield House and Leeds Castle are all within easy reach of London, whilst the British Museum, Victoria and Albert Museum and Tower of London are just a tube ride away. All museums have educational resources and even colouring and activity books suitable for all, from the very youngest to the most mature of history buffs.

Reading books and watching programmes such as the Horrible Histories BBC series with your daughter as early as possible will actively encourage her to read, research and enjoy discovering more about the periods she is studying. As a result of the current upsurge of interest in History, there are numerous tv and radio documentaries which will support and further enliven the girls’ studies and also introduce them to new periods and issues.

Many works of literature help the girls to understand complex ideas and initially baffling events by allowing them to experience a period of History through the eyes of children or even animals (Otto, War Horse, The Diary of Anne Frank, Carrie’s War).They also help the girls develop a deeper curiosity for the subject and greater empathy in their exposure to the impact that historically significant events have had on ordinary people. Films will also help the girls develop a broader knowledge and understanding of cultures, values and beliefs as well as the political and social developments of the era portrayed: films as diverse as Chariots of Fire and Gone with the Wind, Lawrence of Arabia and Downfall are great examples.

The pressures of GCSE and A Level will mean that your girls will have to juggle many demands on their time, yet they should be encouraged to read beyond the classroom, reading both novels and quality newspapers to form their own opinions supported by evidence. By this stage, many will also be ready to watch regular news bulletins or listen to the ‘Today’ programme. This will enhance their understanding of current affairs which they can then apply to historical enquiries in the classroom. There are also a number of websites which extend their knowledge and provide revision games.
http://www.bbc.co.uk/history
http://www.schoolhistory.co.uk/

Extra Curricular Visits
In addition to the visit to the Battlefields of the Western Front (mentioned and shown above) there are a number of History visits throughout the girls’ school life, from the Florence Nightingale Museum in Prep III to Hampton Court in Lower II. There are also “Victorian” days for Upper II.

In addition, A Level students get the chance to attend academic conferences on some aspects of their studies. These conferences are delivered by university historians who are leaders in their field of study. They provide us with the chance to hear the latest thoughts on current research in the topics we are studying. In addition, the girls visit the National Archives in Kew to use primary sources in their A Level Historical Enquiry work.

Were the peace treaties of 1919–23 fair? • To what extent was the League of Nations a success? • Why had international peace collapsed by 1939? • Who was to blame for the Cold War? • How effectively did the USA contain the spread of Communism? • How secure was the USSR’s control over Eastern Europe, 1948–c.1989?

Candidates answer six questions on one prescribed topic taken from the Core Content (see Paper 1.) There is a range of source material relating to each topic. The topic changes each year. The school is informed by the exam board of the topic for each academic year.

Candidates answer one question on the Depth Study they have studied for Paper 1.

AS and A2 Edexcel Examination Board

The study of History provides not only a deeper understanding of the society in which we live, but a sound intellectual training which can form a springboard to university studies and future careers. A Level studies in History will provide students with an opportunity to analyse some of the formative events and figures in British, European and World History. The girls are required to understand the dynamics of change over time. In this they will make comparisons between the impact of different types of factors on the process of change in the chosen area of study. They will also study one country in some depth. This will require students to investigate the interrelationship between economic, social and political factors in the way that a country is managed and governed. In order to provide a broad range of historical perspectives, the syllabus deals with the following;

Paper 1: Breadth study with interpretations (30% of A Level)

Students answer one question which assesses source analysis and evaluation skills and one essay.

Paper 3: Breadth study with interpretations (30% of A Level)

Career progression
The skills developed by the study of History, such as analysing historical evidence and being able to construct a sustained and persuasive argument, will be invaluable to the girls in most careers they may wish to pursue. They will be a great asset to prospective employers in the fields of law, journalism, education, management and broadcasting. By not taking information at face value, the girls will grow into informed voters who actively question the views and opinions of others. An understanding of the History of the Twentieth Century is often of great use to those who are in government, as well as in economics. If only everyone had as sound an understanding of the causes of the current economic crisis as our Upper VI, we may not have had to experience fears for the Euro, or the current austerity measures! 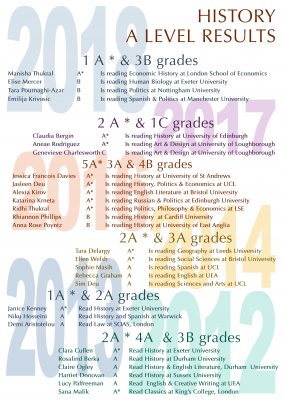 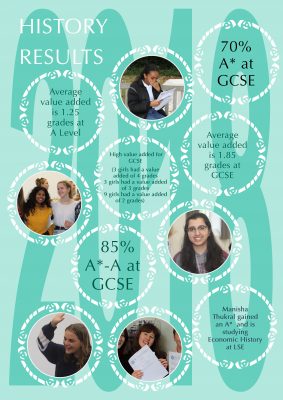 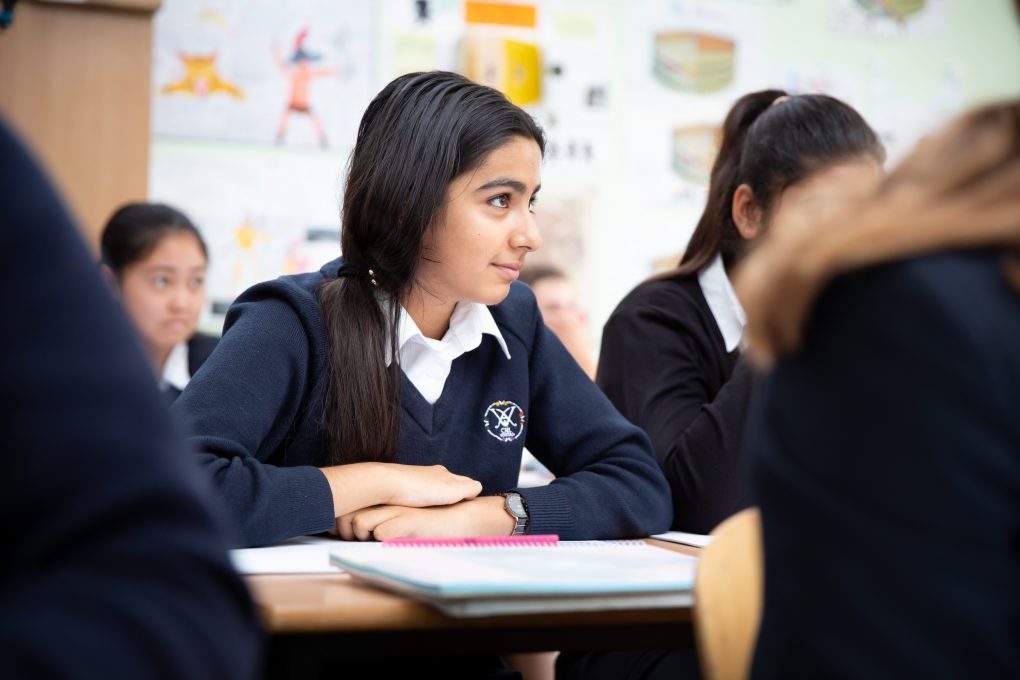 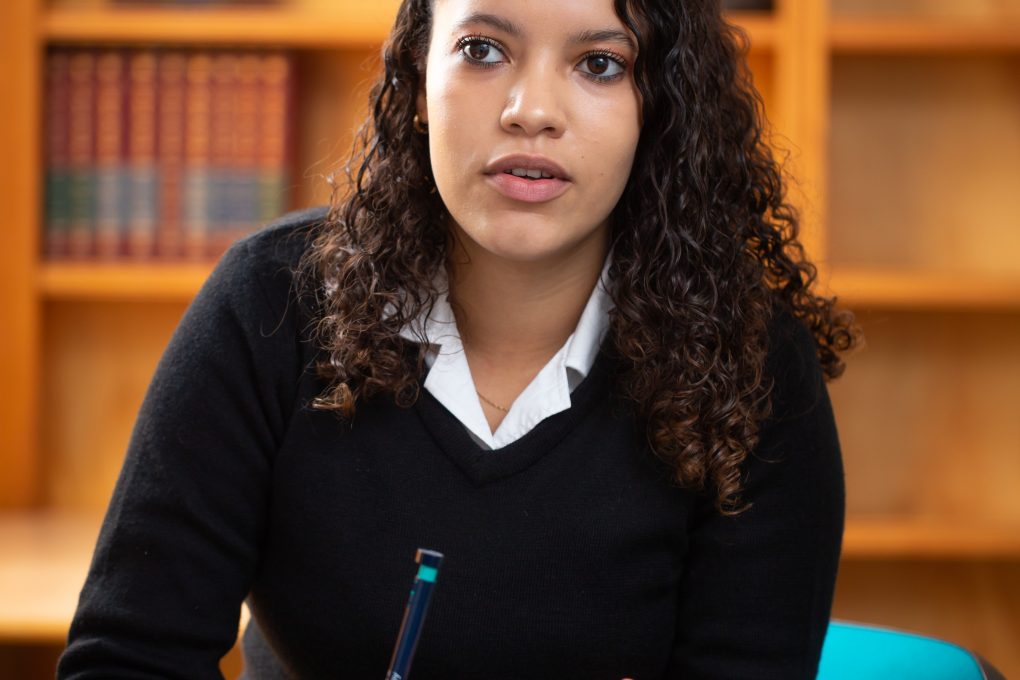 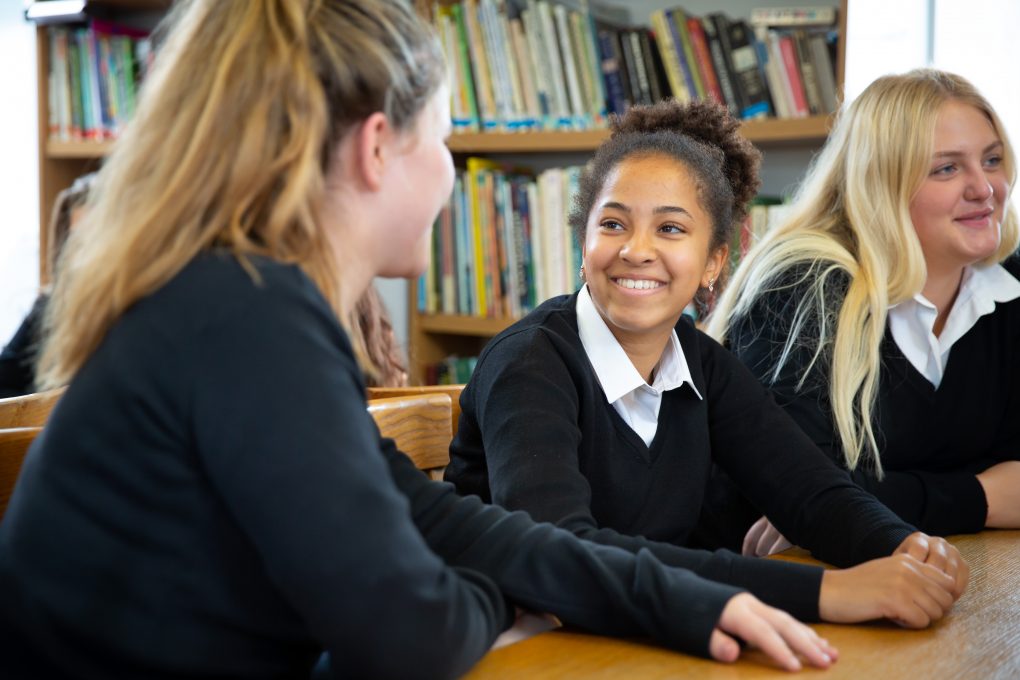